Definitely worth your consideration. Good on Giro and The Athletic for making this a reality. The HOLD FAST gloves by Giro are $40USD, available via The Athletic—all proceeds go to benefitting The Jim Brown Foundation.

The HOLD FAST Giro DND gloves are a limited edition benefitting the incomparable Jim Brown of Olympia, Washington. Jim has directed the Rad Racing NW Junior Cycling team for nearly two decades and is also the driving force behind the Rapha NW Classic Juniors Stage Race, now in it’s fifth year. In May 2015 Jim visited his doctor to look into a recent bout of shortness of breath following a gran fondo and was given the news that he had lung cancer, specifically advanced adenocarcinoma. “My dream has been interrupted by an unwelcome guest,” he wrote in a message to friends and vowed to escort the uninvited from the party. He looked to the HOLD FAST tattoo on his knuckles, a nautical term referring to the importance of securing a ship’s rigging heading into storm and a reference to his service in the U.S. Coast Guard, and drew resolve to stay the course of the dream he had been living prior to diagnosis. His dedication to recovery and positive approach have only served to bolster his reputation as a role model.

The kids of Rad Racing drew inspiration from HOLD FAST and drew Sharpie tattoos on their own knuckles for races, rides, or just to send a note to Jim through social media. Parents soon joined in and the HOLD FAST double knuckle salute became a common site in the Rad world. Giro, a long-time sponsor of Rad Racing, came up with this great glove idea and worked with Jim’s tattoo artist to create these gloves. Jim’s response upon seeing the design – “So Rad.”

The Hold Fast for Jim Brown fund covers expenses Jim and his family encounter as he pursues the best and most advanced treatment available. Jim has recently completed Round 16 of chemotherapy treatment for adenocarcinoma with the results showing the disease minimized and stabilized. Jim continues to work as Captain of Medical Services for the Olympia, WA Fire Department while wrangling his own three kids in addition to all the Rad Racing NW Juniors. He recently completed the Sea Otter medio gran fondo while also coaching a full squad of racers throughout the weekend. 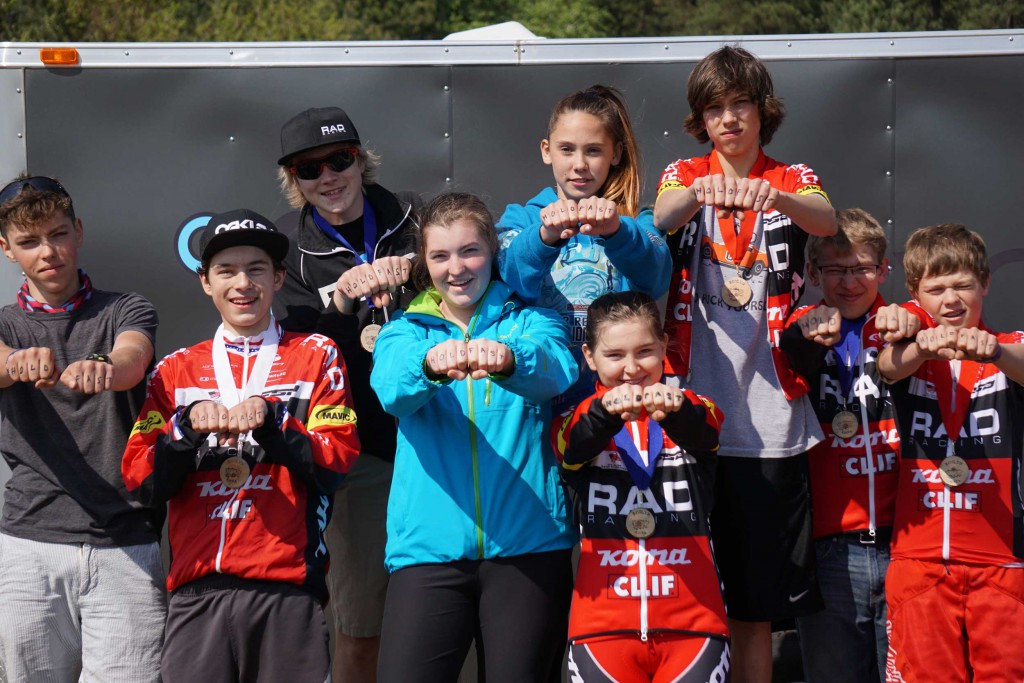