I originally shot these way back in August. Soooo, after the Interbike blitz, an honest-to-Merckx metric shit ton of nieuw products, and some CX action all mixed with a generous portion of procrastination, I’m stoked to finally get to these. This is the first of more than a few bikes I have queued, and, obviously, a full shop profile.

If yer hot to learn more about Wayne and his shop, Velo Classique, check out the PEZCycling post from a few weeks ago. They got the holeshot, but I got the finishing kick. Hope you enjoy these as much as I enjoyed shooting them. The anecdotes on the bikes are written by Wayne.

The frame was built by Roland Della Santa in Reno Nevada in 1987. It was part of a batch of pre-production frames built for Greg LeMond and his father Bob LeMond when they were setting up the LeMond frame and bicycle business. Della Santa was building Greg’s race frames at the time, and was contracted to build a limited number of pre-production frames for use in getting the business up and running. Most frames were built up with Campagnolo C-Record group-sets that were engraved with “Team LeMond”, and were used for promotional purposes in shows and for photographs. This particular frame was repainted buy Jim Allen, who still paints Roland Della Santa’s frames today. 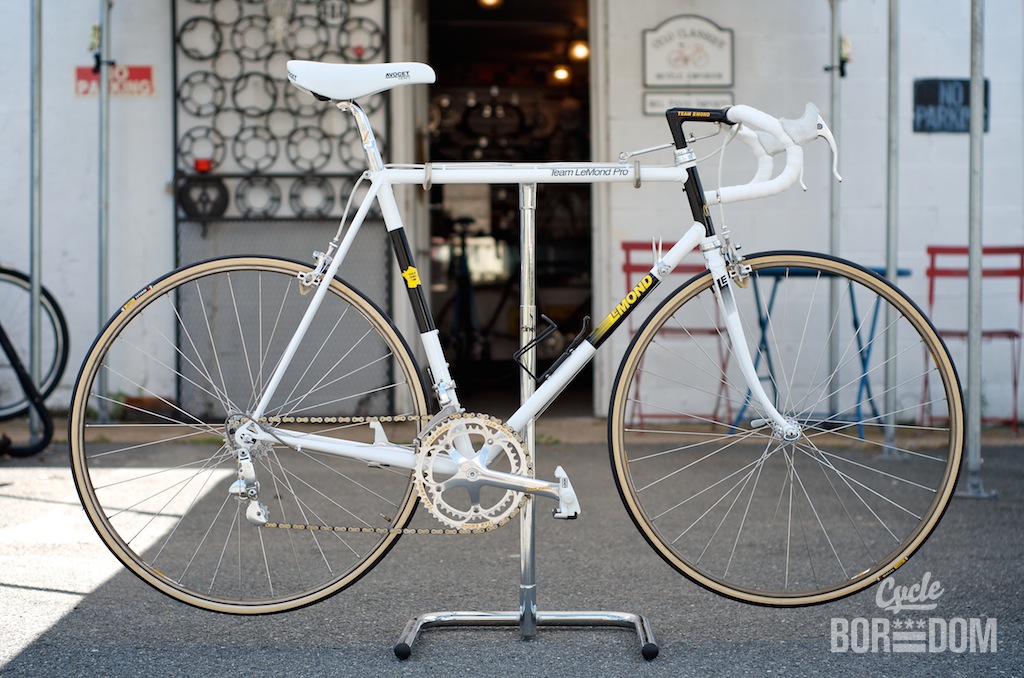 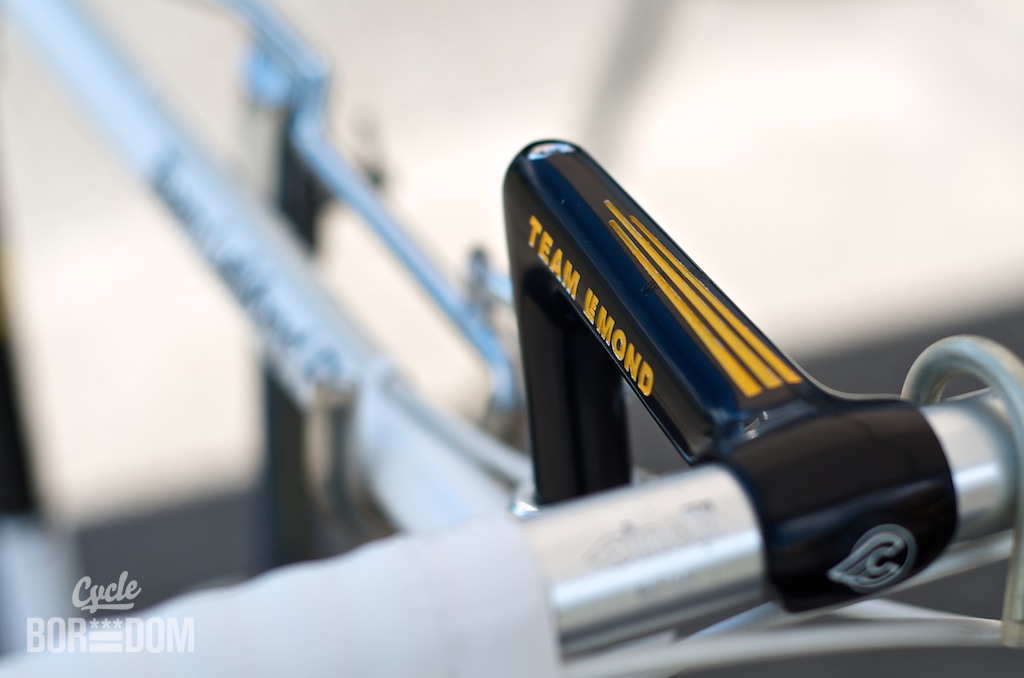 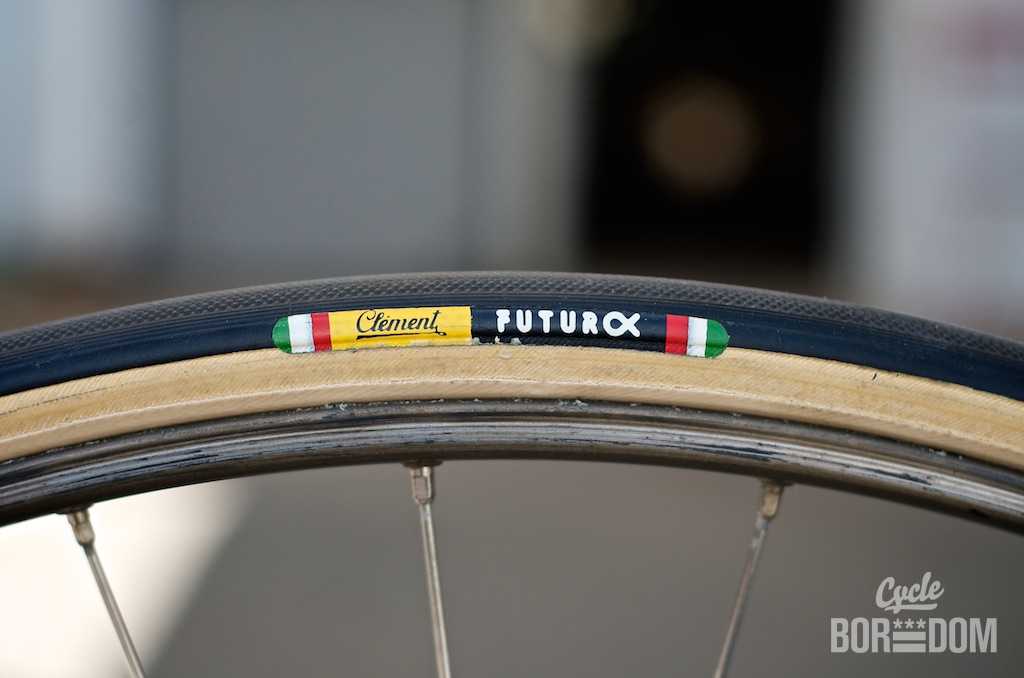 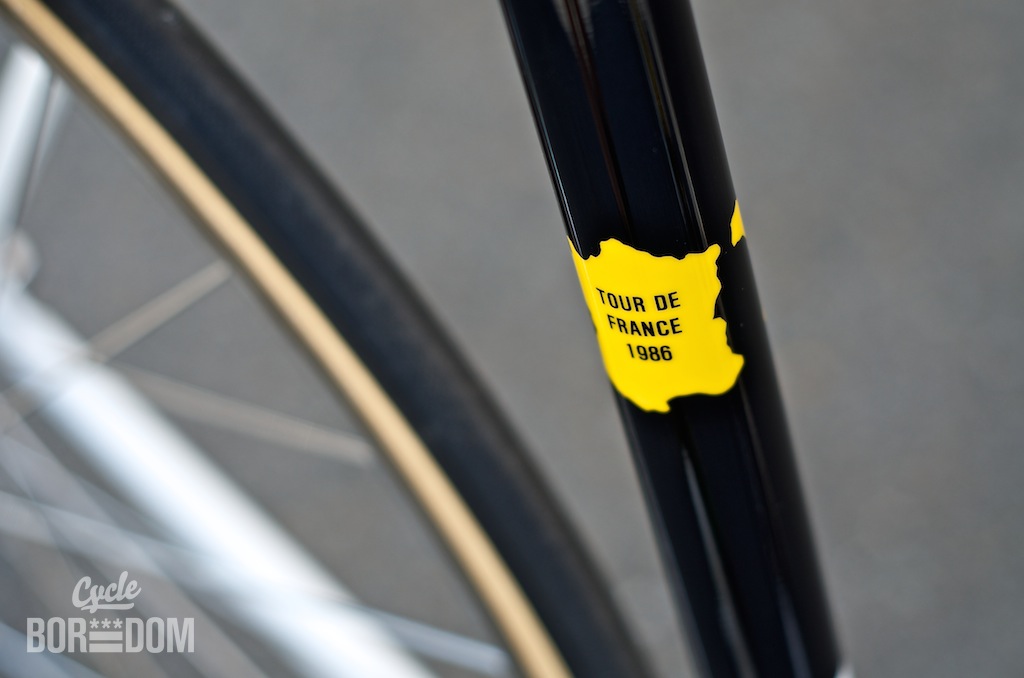 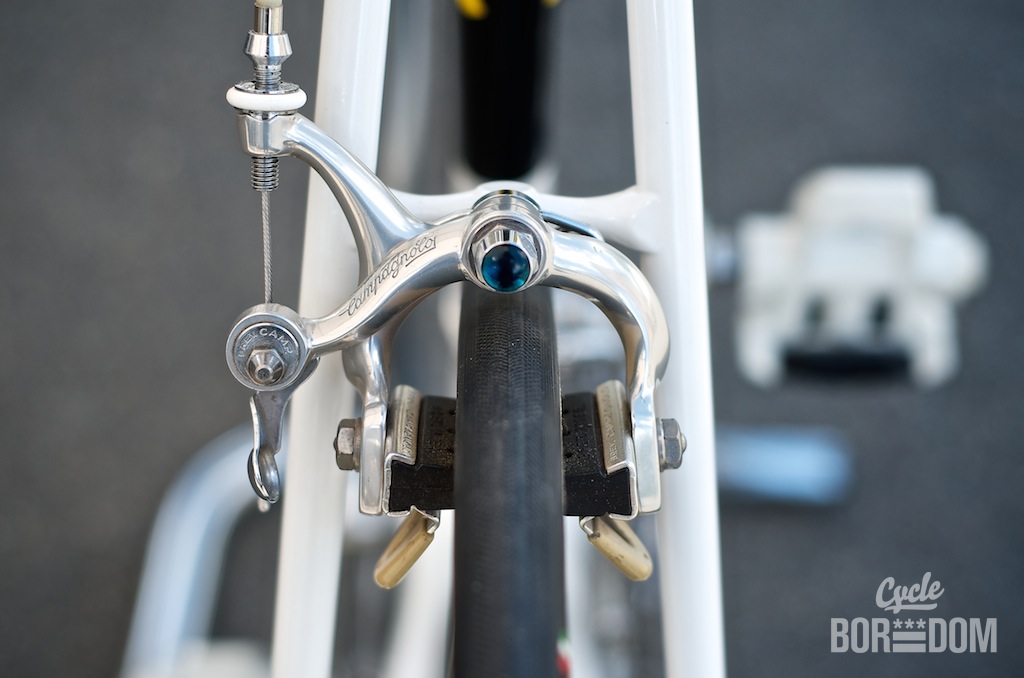 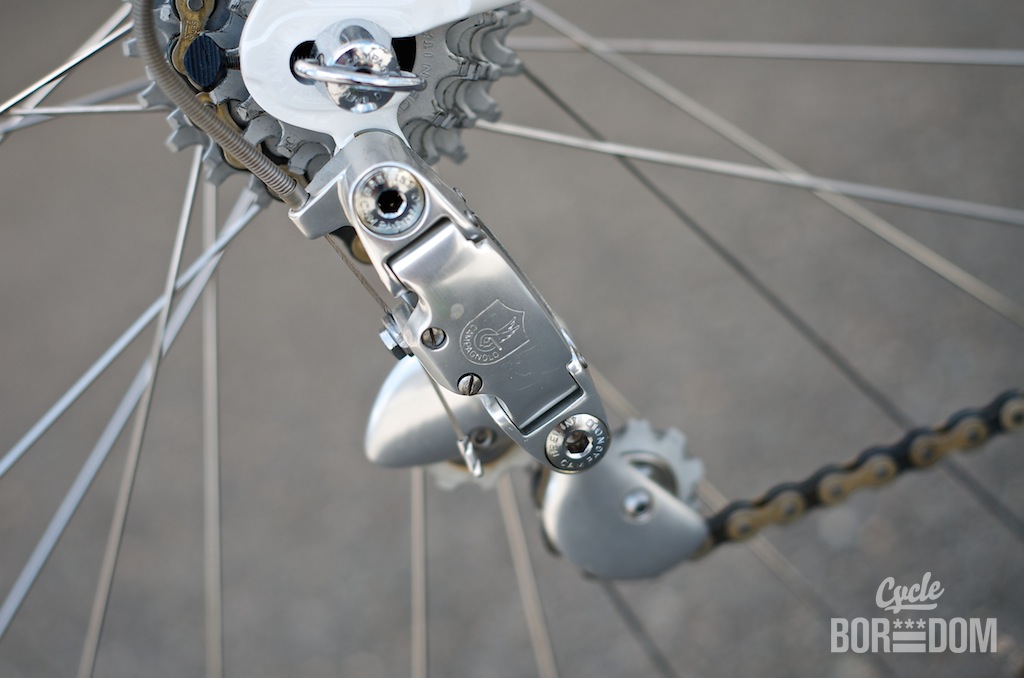 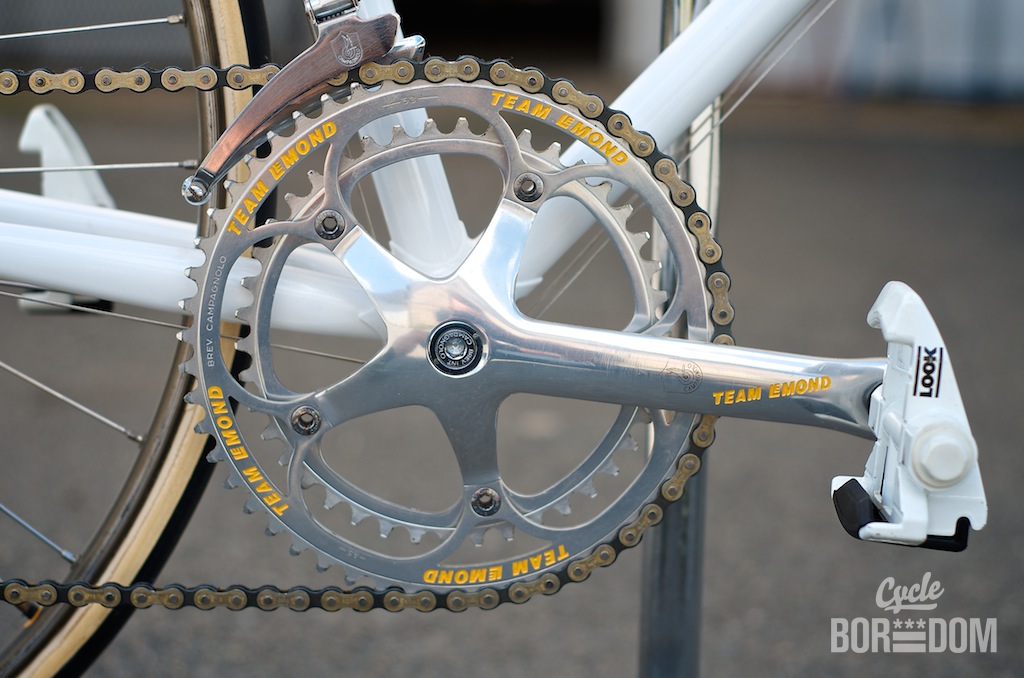 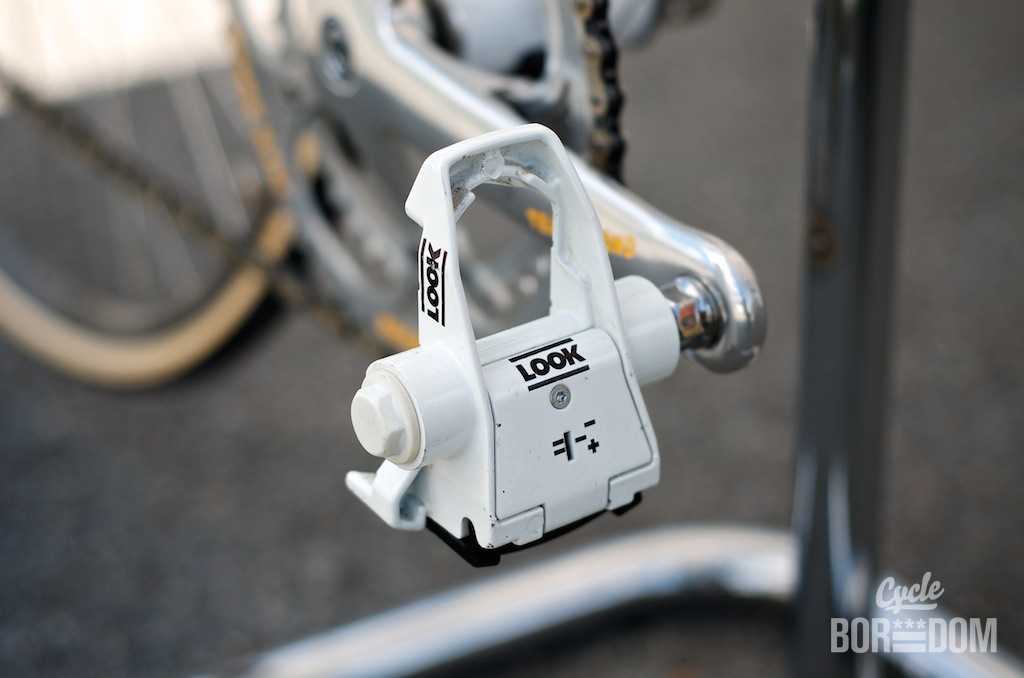 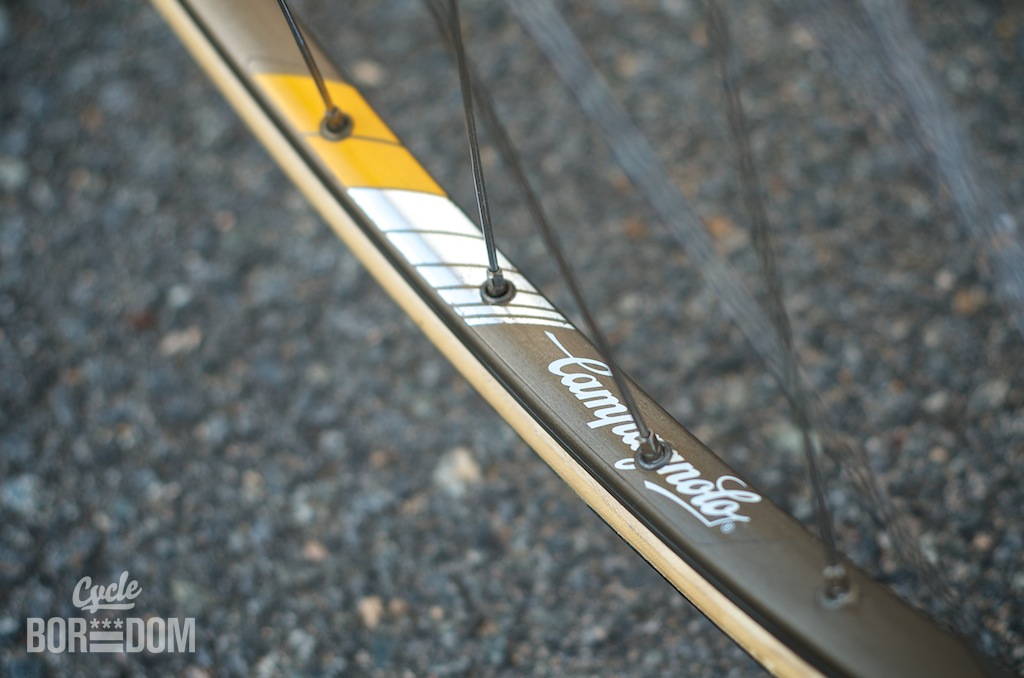 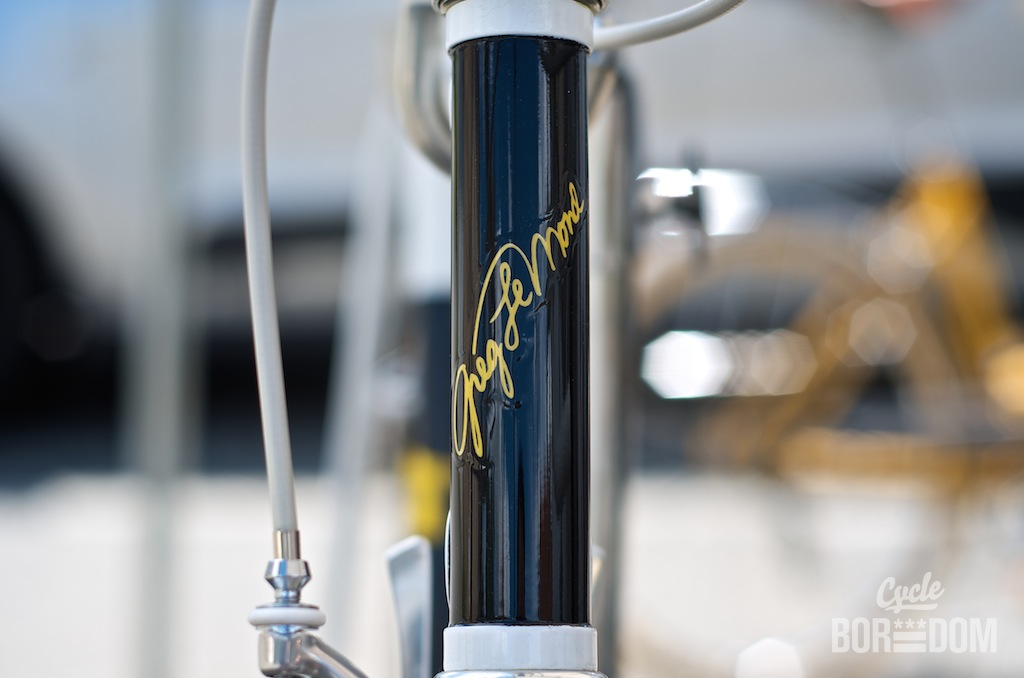 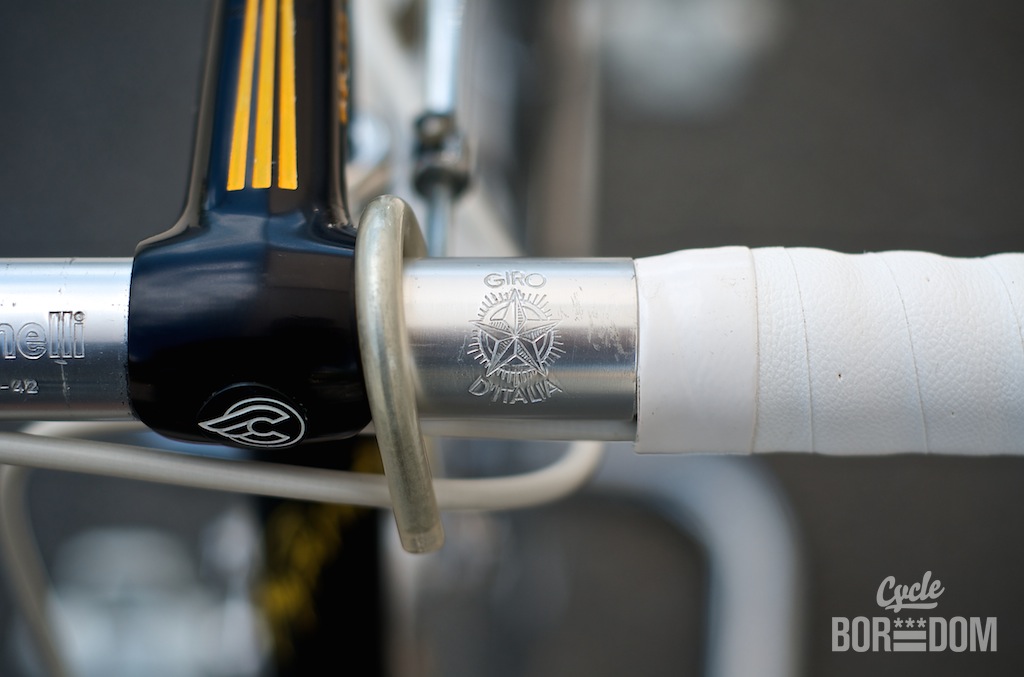 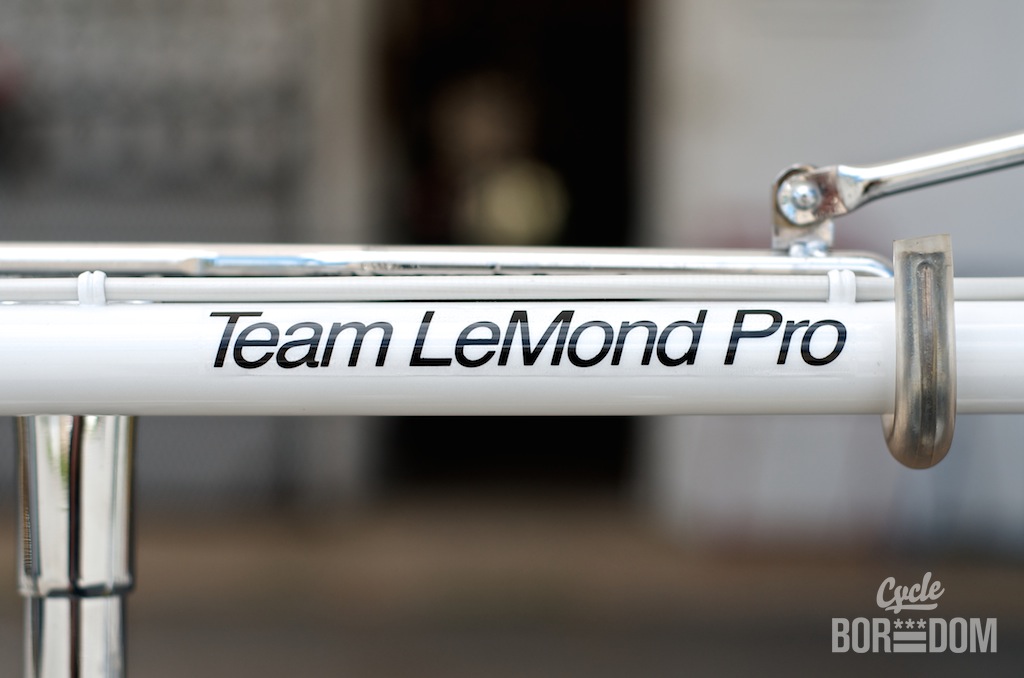 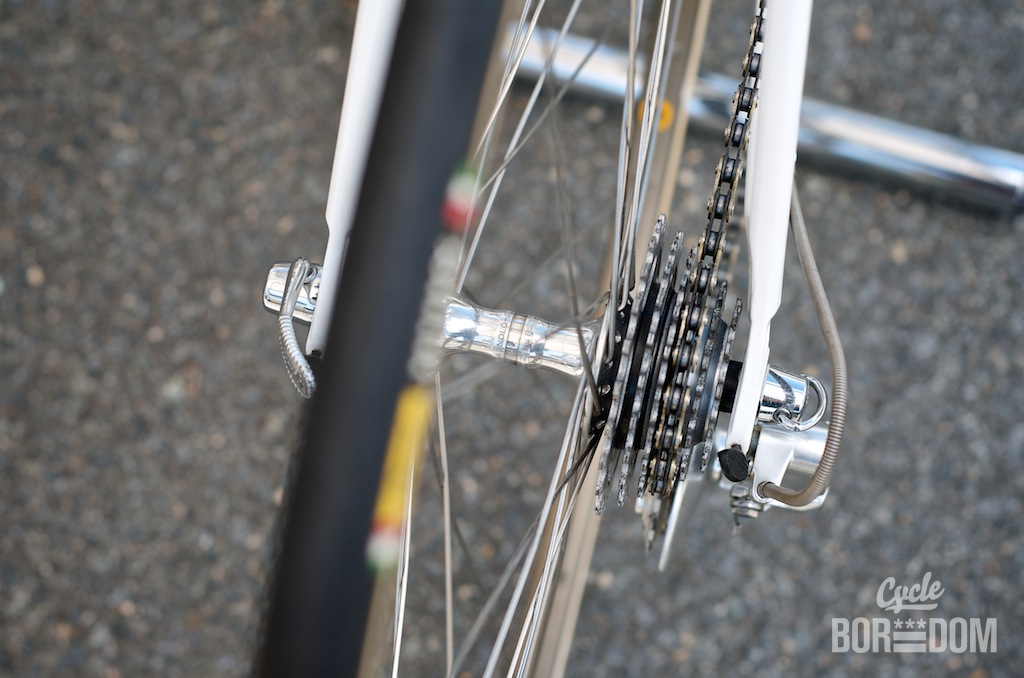 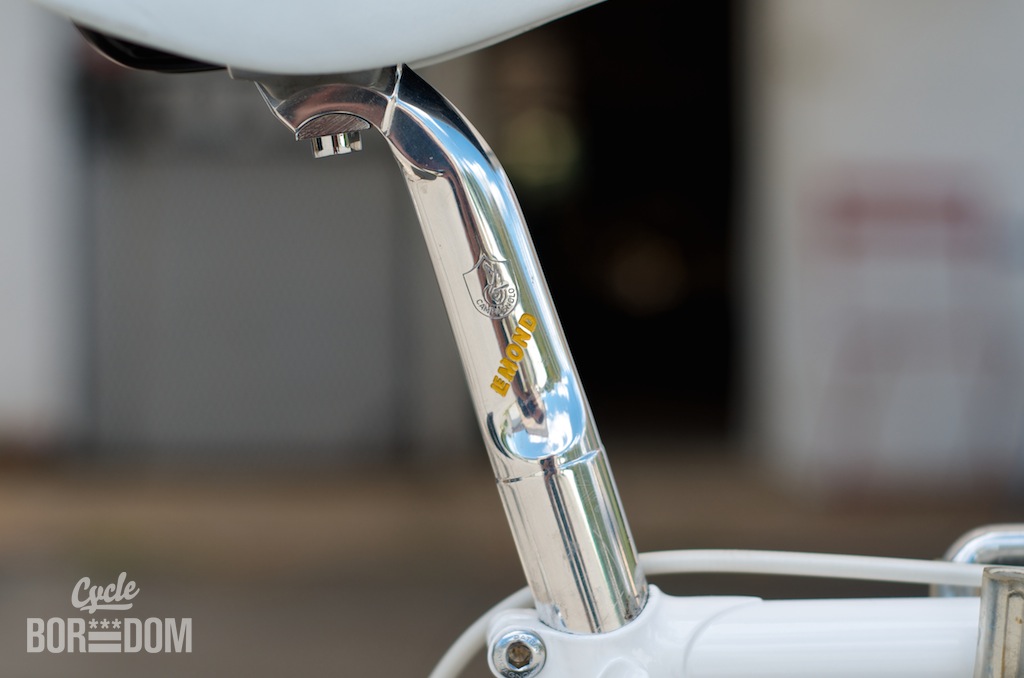 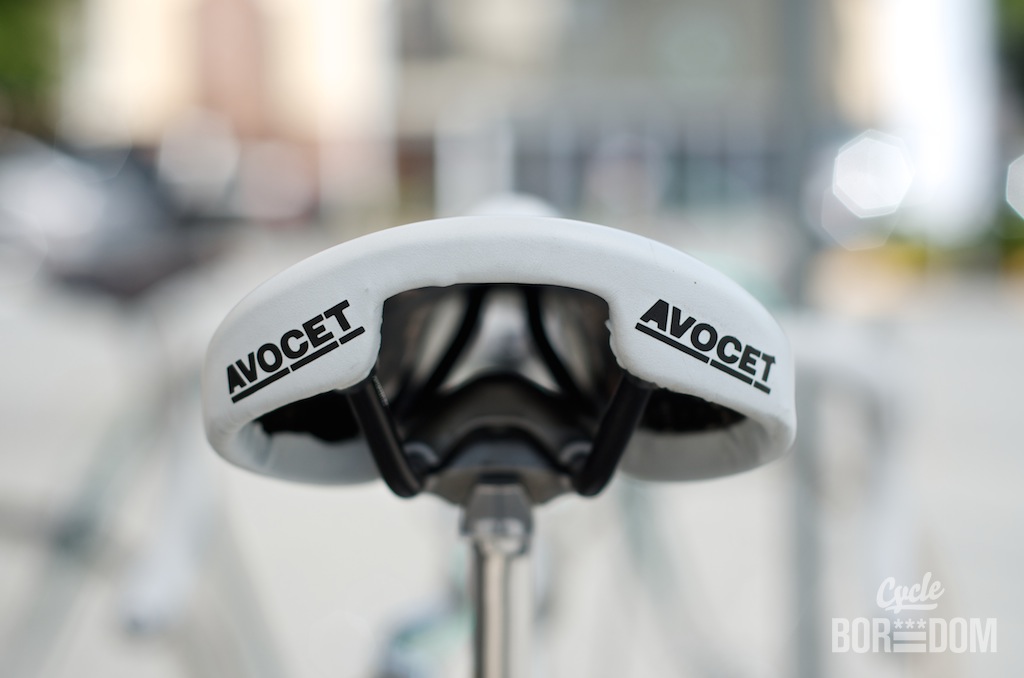 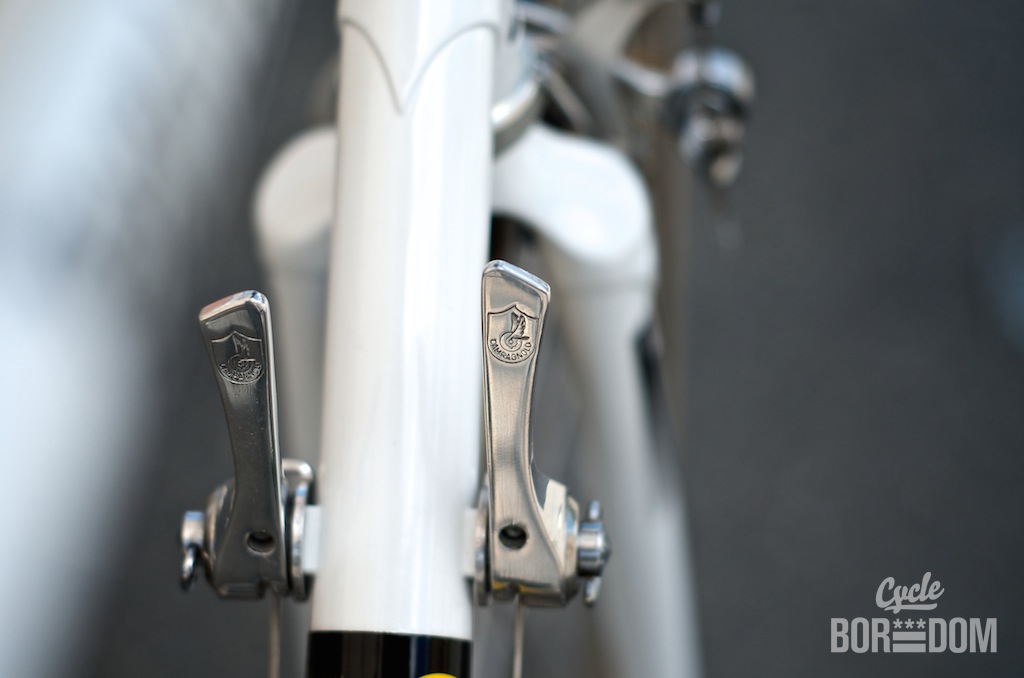