Second race of the weekend after Neerpelt saw an identical final battle and a similar podium. The final laps once again played host to the Nys and Niels show. Sven is on some spicy form probably carried over from his Olympic MTB training while Niels isn’t far behind. Young’un Lars van der Haar made his presence felt by running with the big boys and finishing fourth.

Here’s how Kalmthout played out. 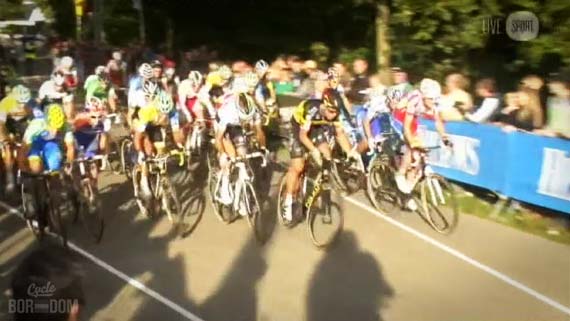 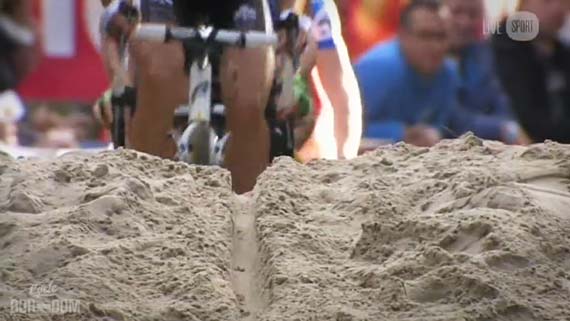 This course had a sweet sandtrack. 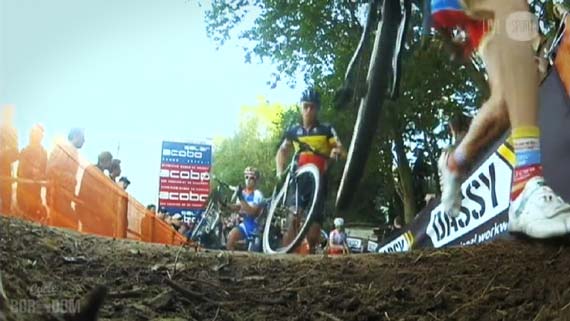 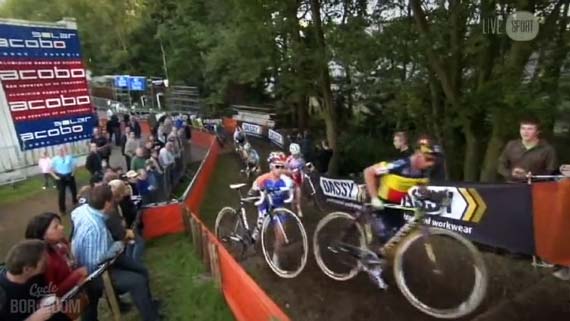 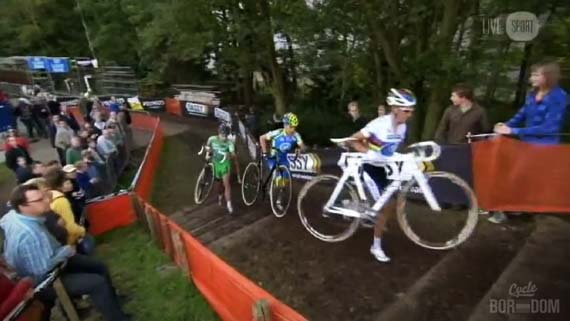 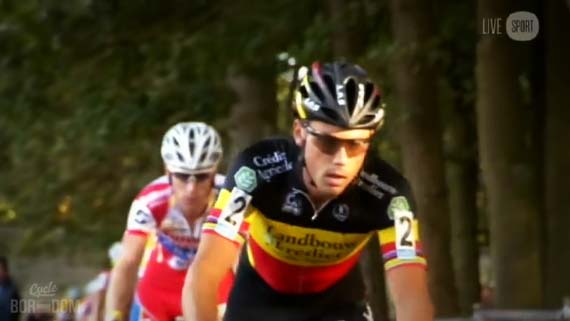 Sven looks nys in the sun. 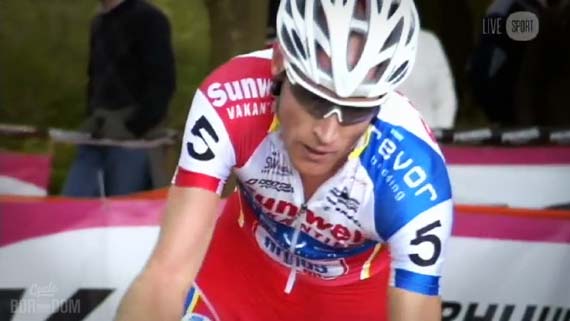 Klaas (Vantornout) outclaassed on the day, but digging in here. 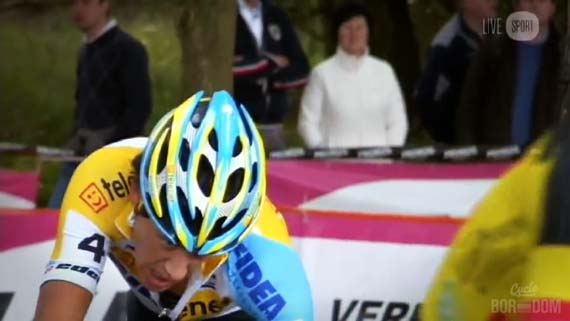 Tom Meeusen hung on all day, his face showing his extrahuman effort. 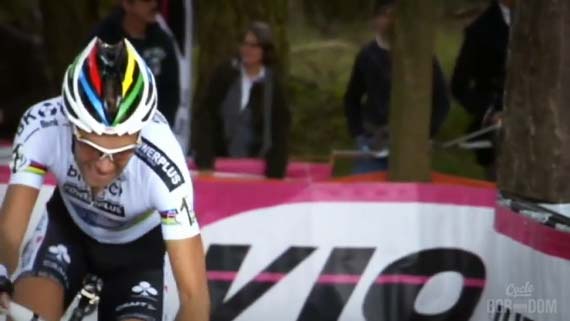 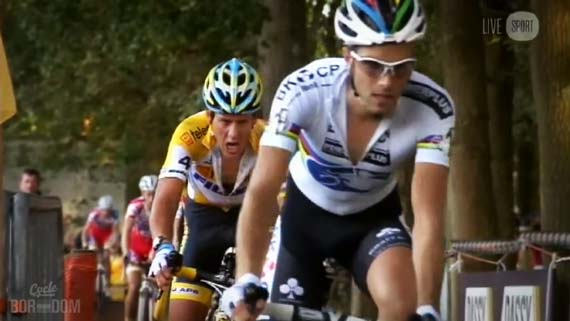 Normally, I’d make a joke about one of these two are riding paniagua. So I guess I did. 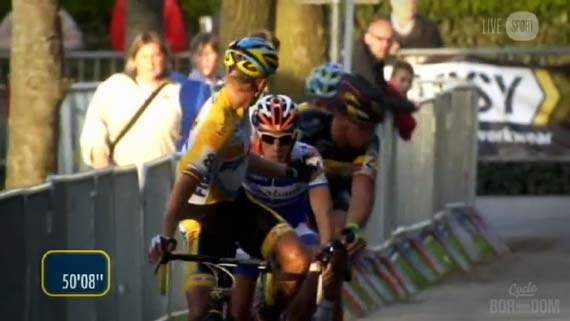 Bart Wellens gets *really* involved in the race. 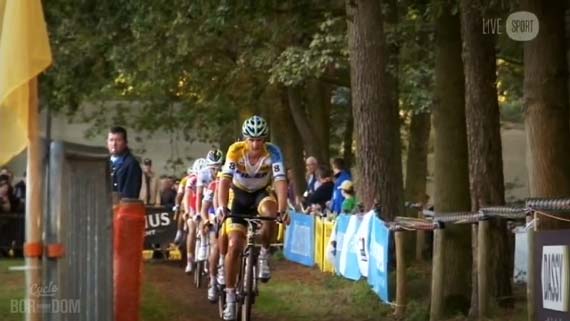 Bart’s obligatory moment at the front. 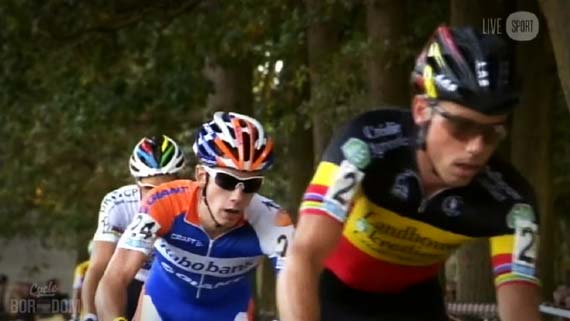 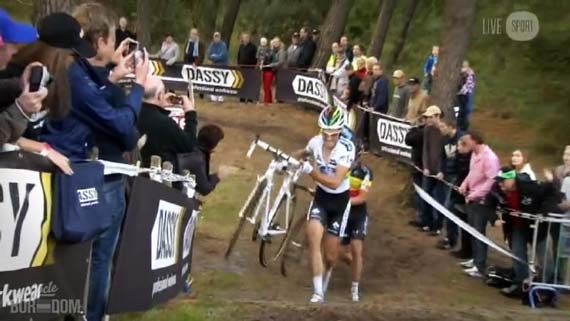 Niels Albert pours it on with Sven right on his six. 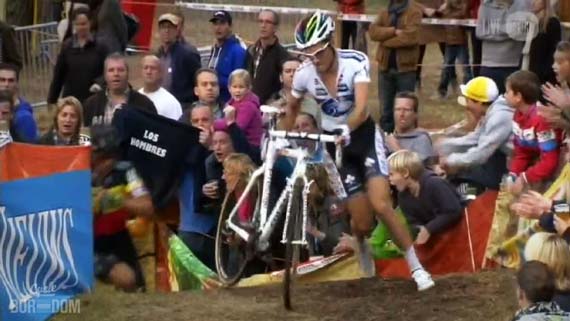 Niels is on the very limit of his skill and power here. 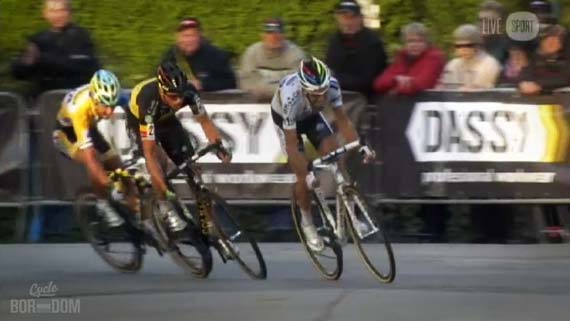 Albert leads Nys and Meeusen into the final turn. 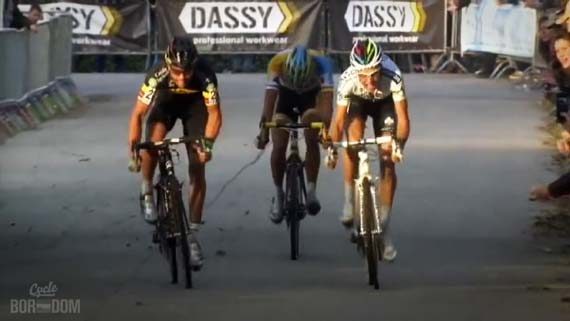 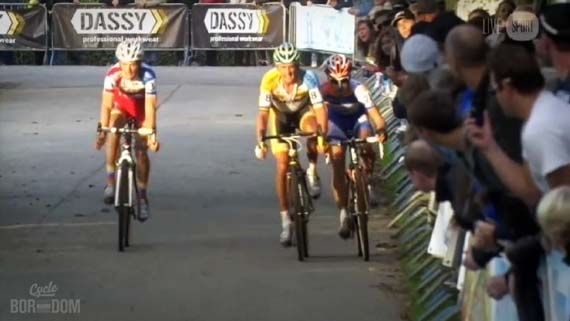 Lars knocks on the door Bart unknowingly closed on him. Gutsy move from the kid to take fourth. 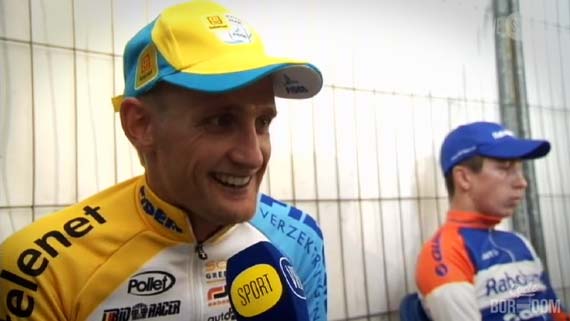 As Wellens recalls his race as well as the finish, Lars looks as though he’ll vomit. 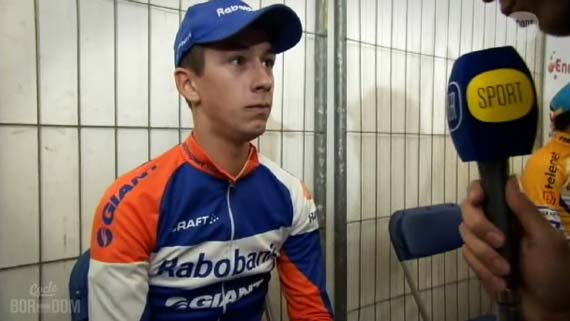 Lars seriously needs to loosen up in the tent if he’s going to ball like this. 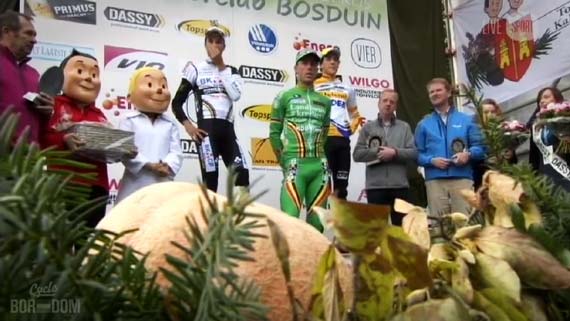