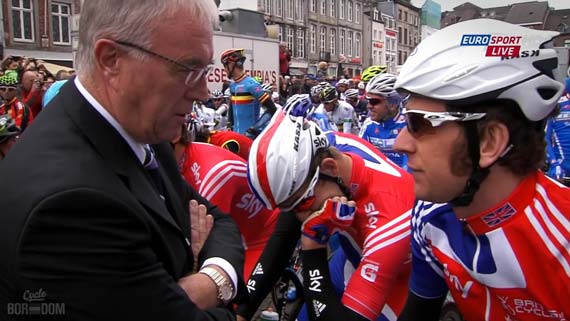 Wiggo has a word with Der Overlord, whilst a teammate tries to stay out of it. But, check out Valverde (far left) staring intently at the Tour winner and UCI president. Priceless.

Cav and Wiggo getting on for the cameras. Laatste ride together? Whoever shall fetch #skinnyjeans’ bidons? 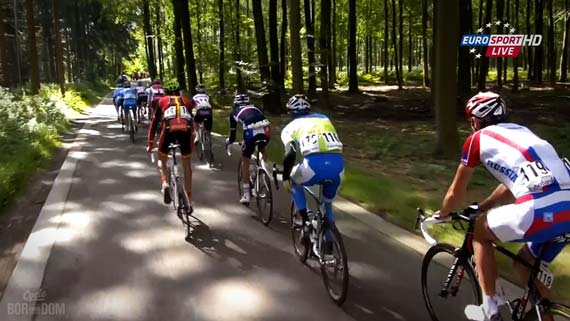 The little-used road to Hogwarts. 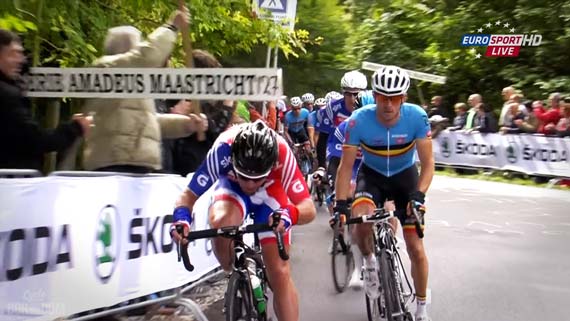 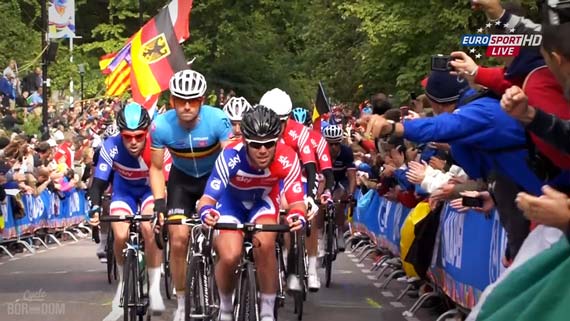 Mark has had an interesting year in the Rainbow Jersey. His role in this race was no different. 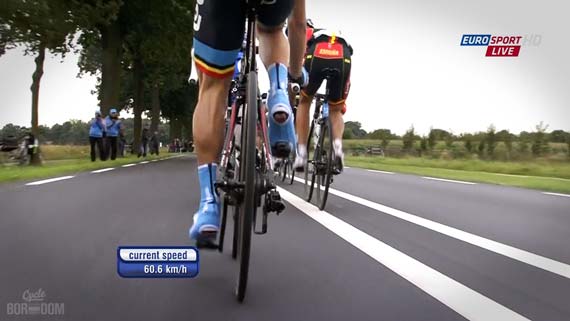 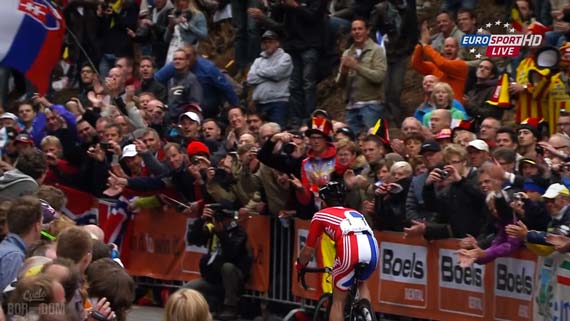 His job done, Cav gets a sendoff worthy of a champion. He certainly honored the jersey this year. 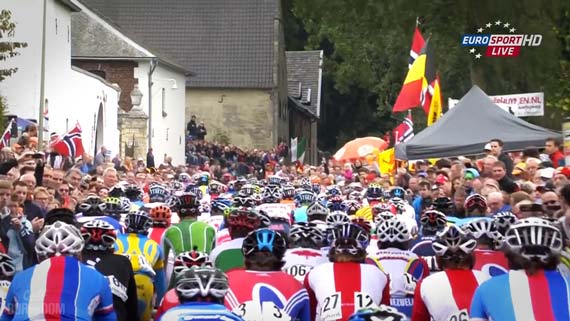 A sea of heed! 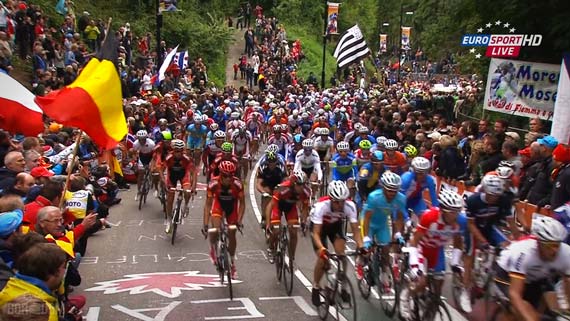 Alberto begins The Clenty Dance up the outside, catching the peloton unawares. 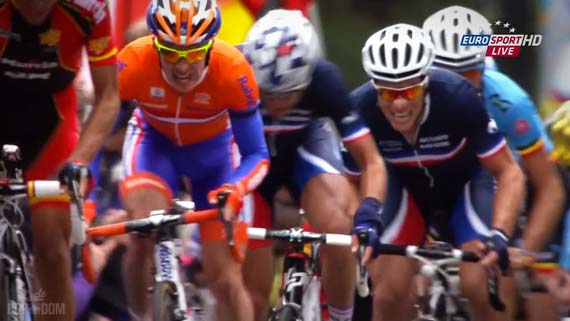 Contador surges to the front, introducing everyone to La Caja Daño—The Hurt Box. 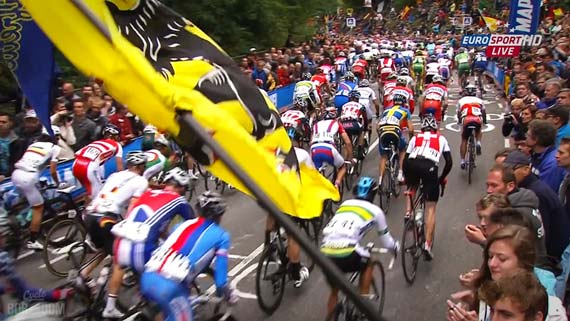 During the next few laps, Twitter moaned relentlessly about who they did/didn’t want to win, Voeckler power-sharted around acting pissy as usual, Contador kept lighting blue touch papers, and the Belgians covered it all. David Harmon (@spokesmen) said something to the effect of, “It’s nearly all over Sean, I can’t believe it. It’s nearly all over.” Sean responds with a winnaar, “The Cauberg is where it all could be decided.” Mind you we’re at 4km out at this point. I’ll give them the benefit of the doubt though, the race length was interminable. Light years beyond the paniagua line for both commentator and rider alike.

Sean was correct. The Cauberg was the decider. Italy led into the final turn with most of Belgium behind them. 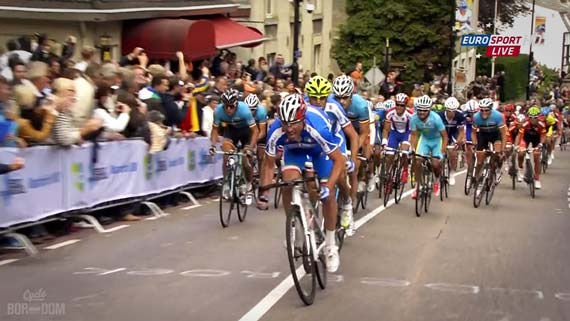 Nibz is lead onto the Cauberg while the entire country of Belgium follows his wheel. Notice Bjorn Leukemans leading Gilbert up the right, alongside Boonen and Jurgen Roelandts. Valverde realizes he’s a bit behind and calls upon Piti-power. 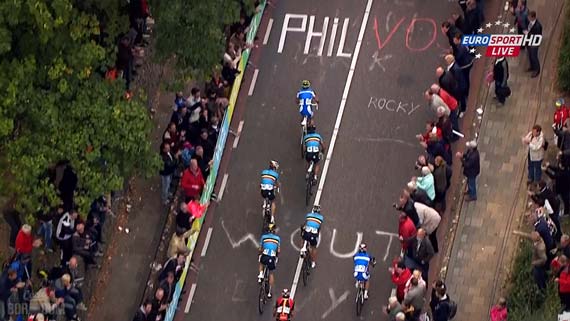 And just like that, Nibz is isolated WAY too early on the climb. 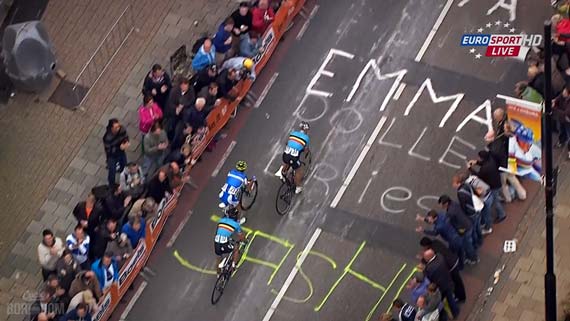 Nibali suffers and sits from the effort. Gilbert goes. There’s your race. 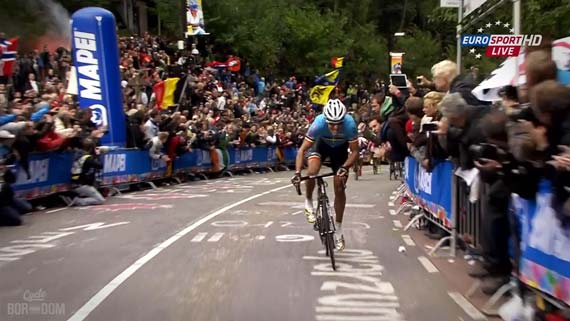 The raw chaos of the beautiful moment. Legend is fashioned from these moments. The Mapei balloon, however, reminds us how those legends were made in the past. 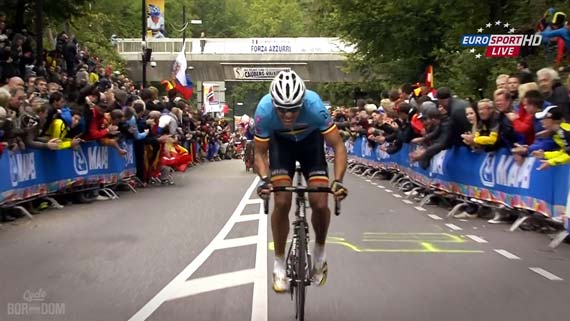 Phil continues his assault upon the Cauberg. The sheer power exhibited here is breathtaking. Somewhere someone mutters, “Not normal.” 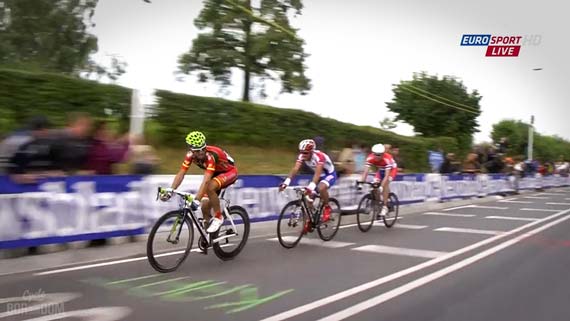 Cat and mouse games begin for the prestige of the remaining podium steps. 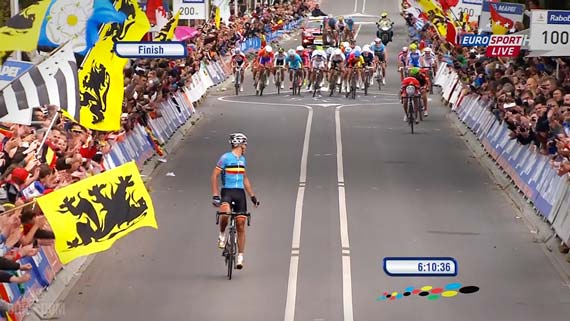 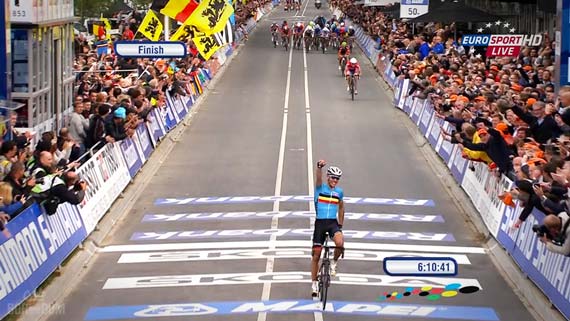 Philippe Gilbert – Your 2013 Wereldkampioen. The Rainbow Jersey curse couldn’t possibly give him a worse season than he had this jaar. Hopefully.

Amazingly, Eurosport stayed for the podium. 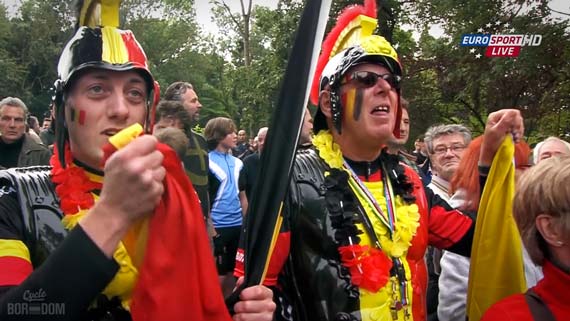 So we got to see these guys. 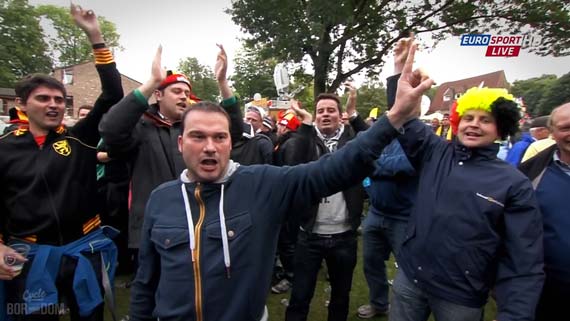 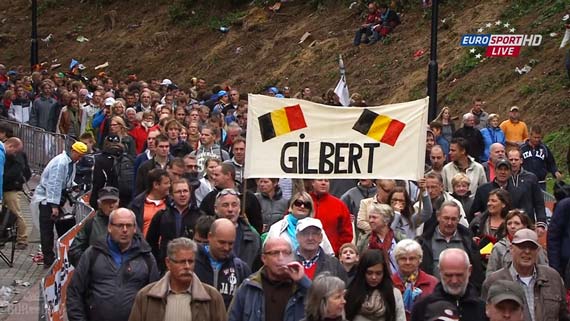 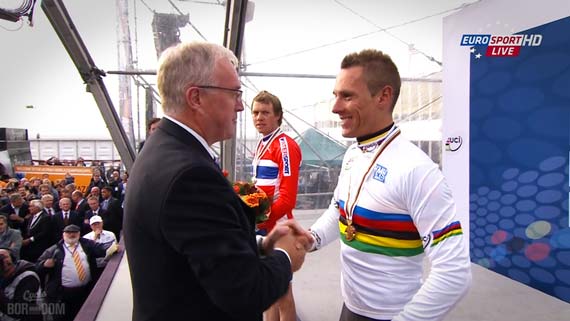 Quite possibly the best moment of the race—Paddy getting booed on the stage. 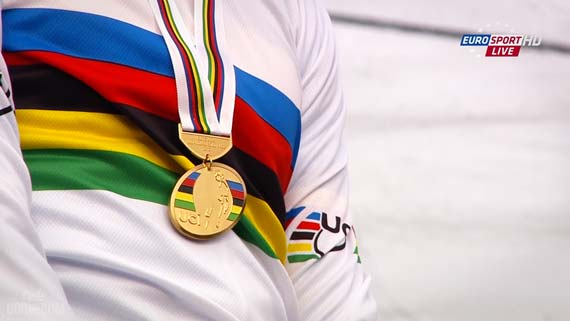