Still working on the format of these posts, so bear with the everything and the kitchen sink style.

The tag-team combo of getting moar fit and getting moar thin may or may not be contributing to actual gains. Got a PR and 2 more fastest times all in one practice the other day. I still have so much work to do physically, but the training is paying off.

For the first time since 2005 I’m back under 180 lbs. I’ve been targeting 100 miles a week consisting of at least 2 outdoor training rides, a few indoor sessions, and a couple commutes. I’ve been eating sensibly, and by sensibly I mean not shitty. And if I eat shitty, I limit the shit. Also, no eating late. It should also be noted I haven’t been drinking almost at all (lost my drinking partner), and when I do it’s almost never beer. That’s been a huge reduction in empty caloric intake.

Been meaning to try this mashup for the past jaar and I finally pulled the trigger. Originally wanted to run tubulars on both the Van Dessel Full Tilt Boogie and the Cannondale SuperX, but figured it would be safer to have at least one running something that doesn’t take hours to fix. I’ve heard nothing but good about running latex and it was getting close to needing PDX freshies—now is the time.

The moment I put the valve into the rim, I noticed there was something drastically different—latex tubes are incredibly small for what they’re about to do. I ended up having to use tape to hold down the bead and keep the tubes from pulling out whenever the tension increased. I said meany words. Meany. Also, don’t forget the talc.

First lap on de nieuwe combo was a bit of trial and error. I tried running them lower as I knew they were supposed to be more supple and therefore more resistant to pinch flats. While that may be true, I ended up running them at roughly the same pressure I would with butyl because the tires want to fold under themselves despite the suppleness.

However, what was instantly noticible was how fast they were over the same course when compared to the butyls. It was kinda like that feeling the first time you ride open tubulars after running nothing but vulcanized rubber. Latex is good enough to increase the ride quality of even vulcanized rubber tires.

Lastly, there was the rotational weight. There was none. They’re extremely light. Spin up was definitely faster than with the butyls. After this, there’s no way (at least voor racing) that I’d run butyl again.

The Clement Crusade PDX on the left has been running since October of last year, but not for long stretches of time during the winter. I have a 5-6 mile ride to get to where I practice so most of the wear stems from that. The one on the right is fresh.

What’s interesting is how each tire reacts and hooks up. The one on the left is sketchier in the grass and you have to back off the edge slightly to not wash out. The one on the right is a traction monster. However, when running them at the same pressure, the one on the right is more squirrelly in high speed, dry, hard packed dirt turns and the left blazes right through it. Just interesting to note where each one excels and also causes your sphincter to clench.

For the past 6 or more months I’ve been riding the PRO PLT Compact Ergo Bars. They technically were fine, except for CX. The flat section wasn’t ergo at all when you angled the bars up for a CX oriented position. In fact, they were the anti-ergo. Additionally, I wanted a slightly shorter reach. I found the Cinelli x Mash bars that looked like they’d do exactly all that. After the initial install, I think I have to rotate the hoods a little higher up and rotate the bars down to make the flat section even better than is is right now. #HOODZUPBARZDOWN 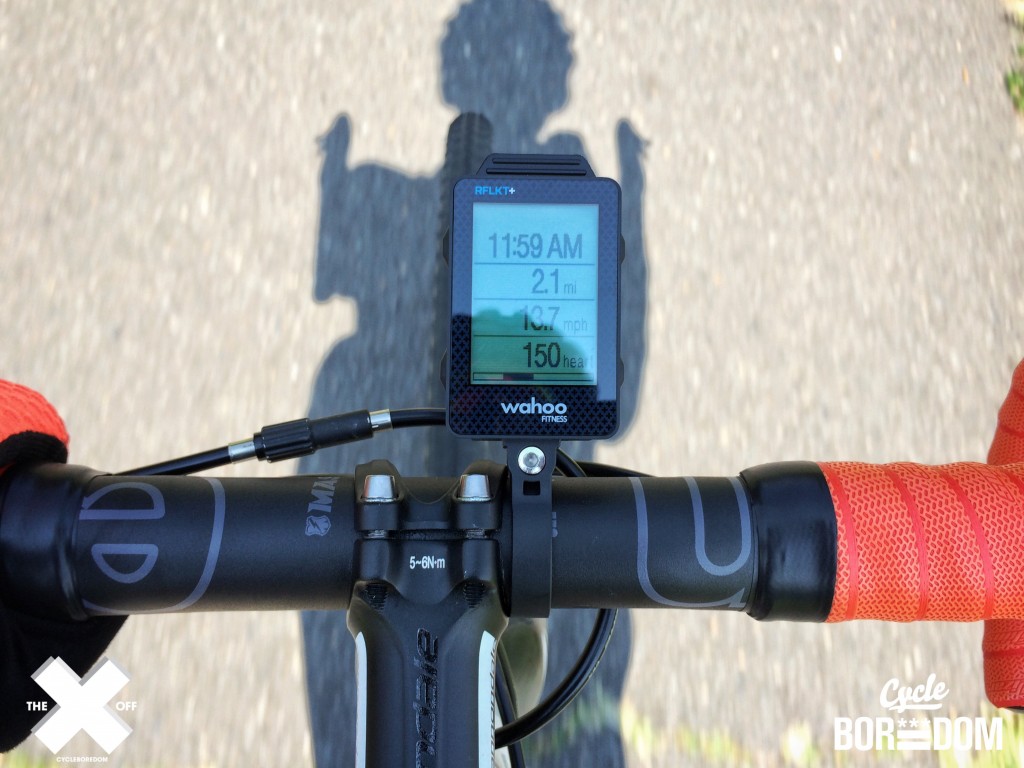 I’ve got an entire catalog of Wahoo Fitness products to write about but I thought I’d mention the computer they recently sent me, the RFLKT. Essentially it’s a bluetooth connected screen to reflect (get it?) what your smartphone app is recording. The screen is pretty customizable, especially when paired with Wahoo’s Fitness App. The mount kit even comes with an alternate Garmin-mountable mount (so much mounting). 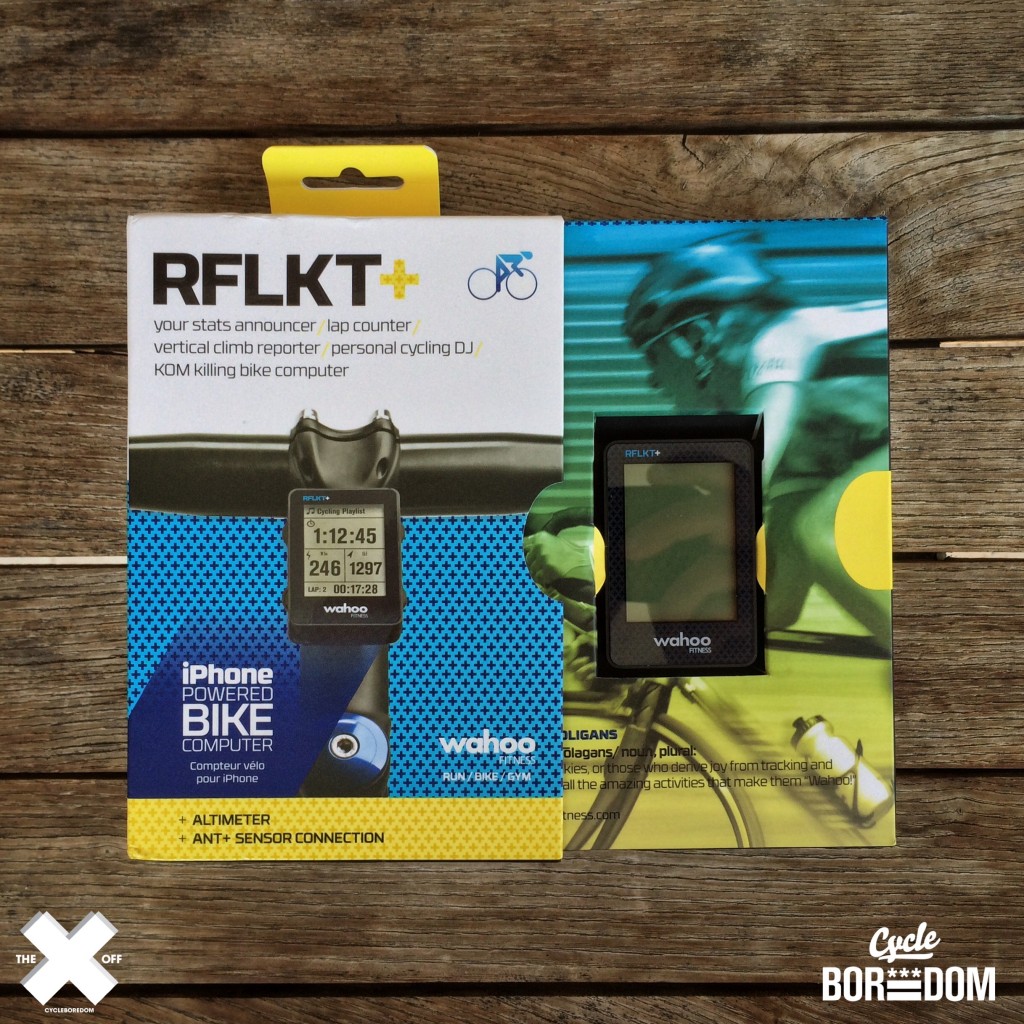