Honestly, I wasn’t planning on this project to be one long continuous act of catharsis. It was supposed to be nothing but tech talk, training, and racing. However, what’s happened is so much more. This period of my life has introduced a range of emotions I never expected but are integral to the story.

Got some much needed #CX therapy in today. Horribly slow, but started to get the edge again. Never expected to be this deep in the hole less than 2 weeks out from my first race, but, “That’s life.” as my best friend always says. It could always be worse. #TheCXOff #foreveruntappedmaplesockshots

On a personal level, sadly, the trip didn’t go well. Unfortunately, the person who inspired me to start this whole thing won’t be there to see any of it happen. I’m glad we tried it, though. We made it to Cross Vegas and a few of you got to meet her. However, coming back from Vegas I was completely derailed, both physically and mentally. It’s taken a week to get my shit together at least from a riding standpoint. Mentally, at least I have 2+ months of racing to keep my brain occupied. I’m seriously looking forward to jumping into this series of Sundays and just being around bike people doing bike stuff.

On a professional level, while it could’ve always gone better, Interbike was pretty damn good. I love meeting the internet and love reconnecting with the vendors/reps/pr companies I’ve been working with over these past years. It’s ridiculously intense but it’s so worth it. I’ll have a couple more additions to the sponsor list that I’ll announce soon.

Two car breakdowns, Vegas, and life shit have burned through a month+ of opportunities to get the Van Dessel Full Tilt Boogie ready to rock. I wanted to document the fitting with Jared Nieters of Haymarket Bicycles Fit Studio as well as doing the same with Matt Moore of District Cycle Works when we glue the Clement PDX tubulars. I got the fit done last week and we’re cutting it close by doing the tubiez this week. Can’t be helped though. Hopefully I’ll get at least one shakedown ride before I kick off The CXOff Super 8 Tour in Hyattsville on October 4th. 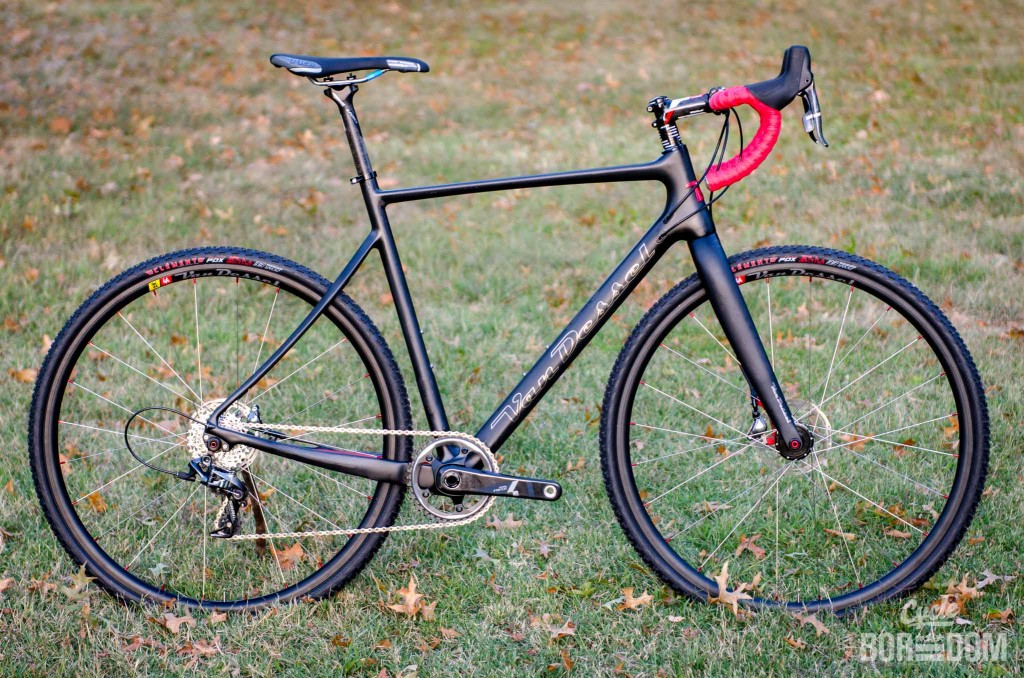