As is typically the case with nearly everything I do, this started small, then spiraled wildly out of control resulting in awesomeness (case in point, this damn post).

There’s nothing quite like riding while it’s snowing. There’s an energy inherent to the act of white stuff falling from the sky, gently blanketing everything it contacts. Guess that’s a remnant from childhood before the “Ugh, I’ve got shit to do.” of adulthood kicked in. Once you’re outside, you feel as though you’re in a different world as the snow muffles the environmental sounds. Then, obviously, your concentration on riding is enhanced because snow and slipperiness. All of these combined make a simple ride around the block into an epic adventure.

Of course, the epicness changes when you make the local block a ride into DC to visit a few memorials to get some presidential #selfiesconboredom on Presidents Day.

Just as it was during CX season, the Van Dessel FTB with Clement PDX tubulars is an unfair advantage. With the tires set at 23/26, I was pretty much able to ride how I wanted, where I wanted.

First ride where I was fully sacked. Still have some dialing in on installations and customizing strap lengths. Carried the DSLR, some tools, and extra knee warmers in the Apidura Compact Saddle Bag. Used the ATM Custom Top Tube Bag for the Lumix point and shoot, as it was easier to retrieve while wearing lobsters. In the front, I stowed my phone, $$$, cards, ID, and food in the ATM Camera Sack. The only issues I really had was with the top tube bag. One was due to not trimming the excess velcro strap that kept snagging the inner leg stitch on my thermal onesie. Need to wait on that to see how much is needed on my SuperX’s top tube. Second was not being used to having anything up there. Knee kept hitting it when I was getting hella rad in the snow. However, moost of the times I’d be using the TT bag wouldn’t likely be when I’m getting hella rad. Lastly, it changes the way you sit on the top tube. None of these are huge issues, just changes.

Bringing hot tea was an unbelievably good idea. It doesn’t get much better than hanging out on the steps of the Lincoln sipping hotness while it was sneeting.

My phone froze halfway through the ride. And by froze I mean from the cold. It took a long time for it to thaw out and charge. Strava stopped at the WashMo.

I did this ride without any backup for tires. Figured if I flatted I’d ride it regardless considering it’s only a 20 pound difference.

I also did this ride without battery backup for the phone. Strava drains life force like a Dementor, and that process is accelerated by the cold. Like I said, around the block…

Hit the ground 2x, both were due to catching the edge of the trail and having the front wheel taken out from under me. First one was fun, the second—not so much. Regardless, it did nothing to change an awesome, spontaneous adventure while testing fantastic products. 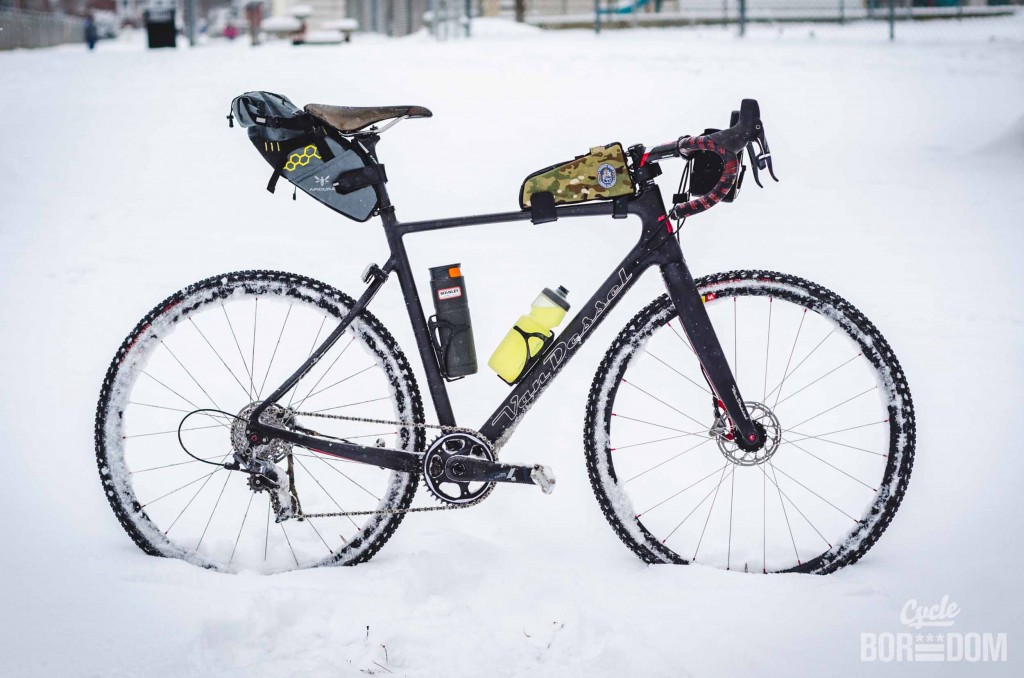 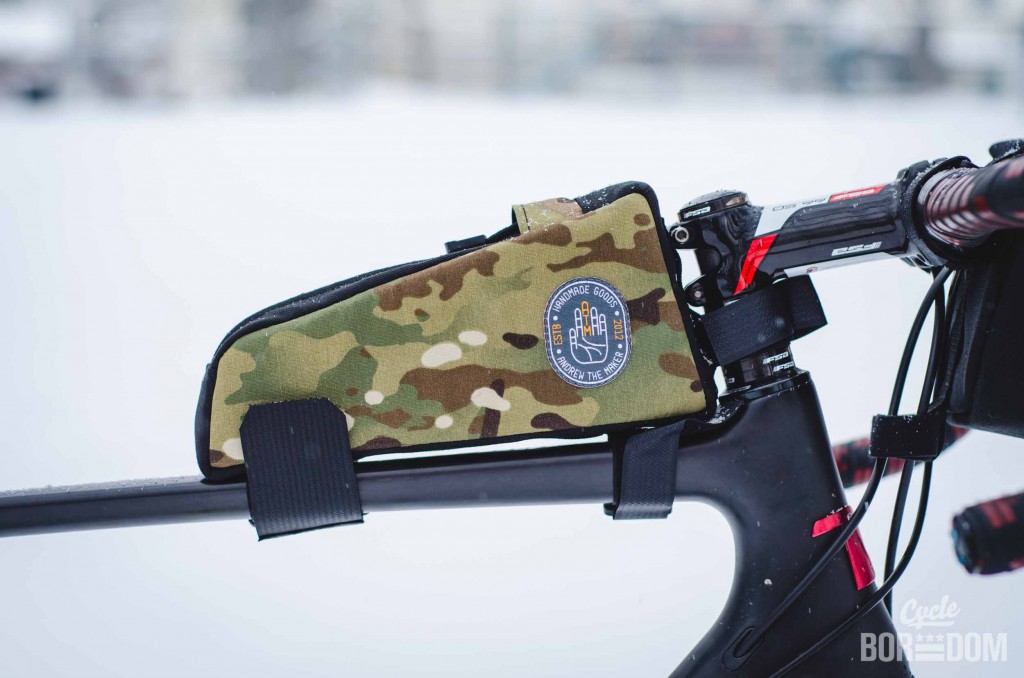 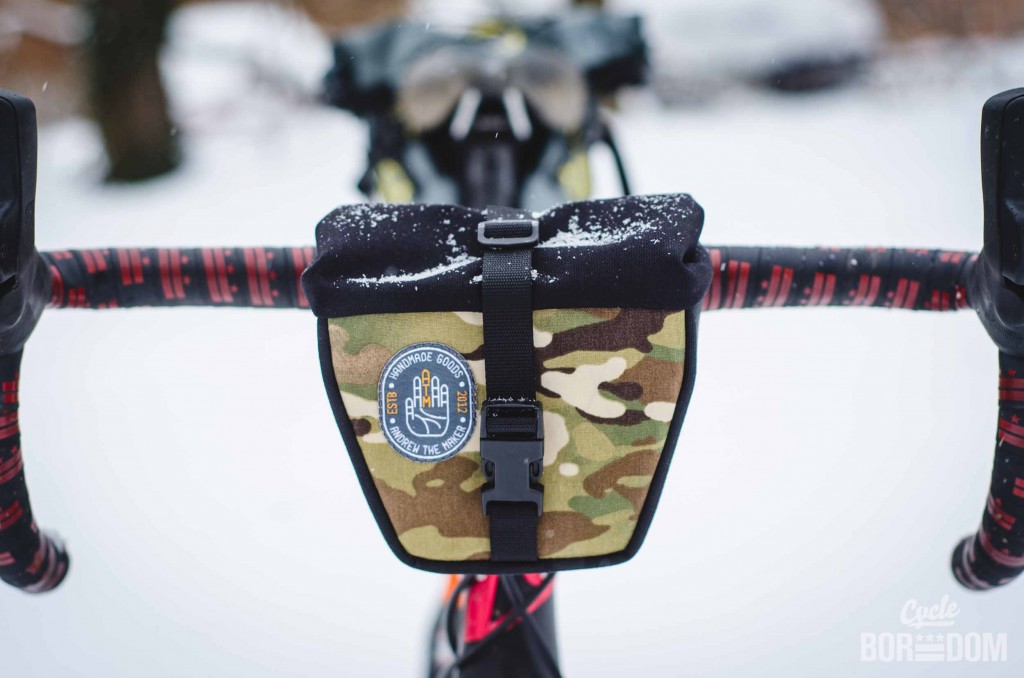 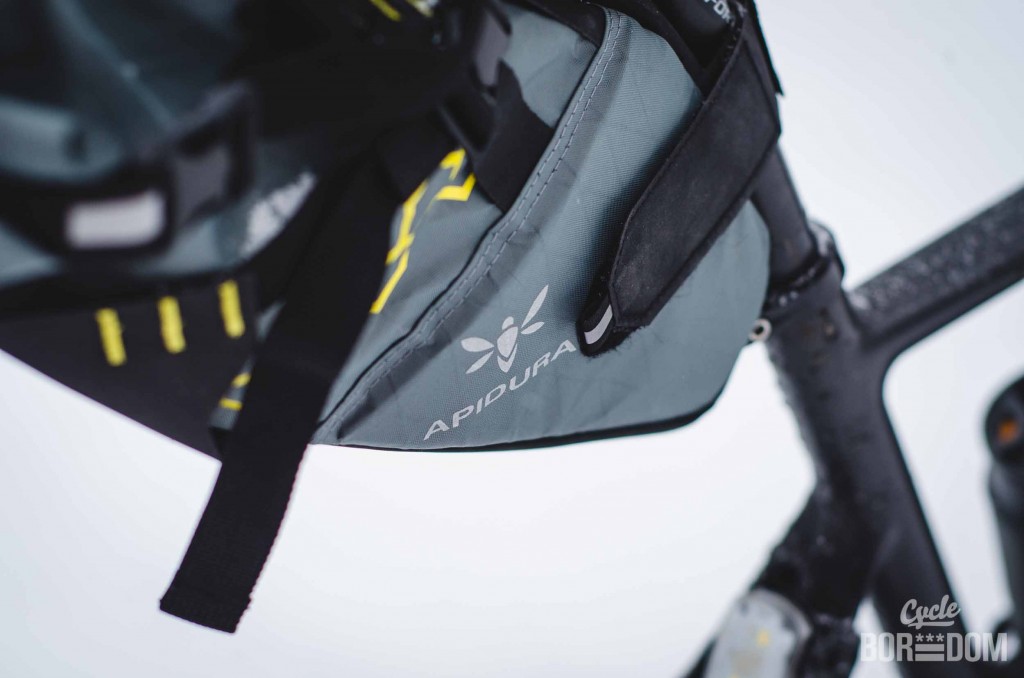 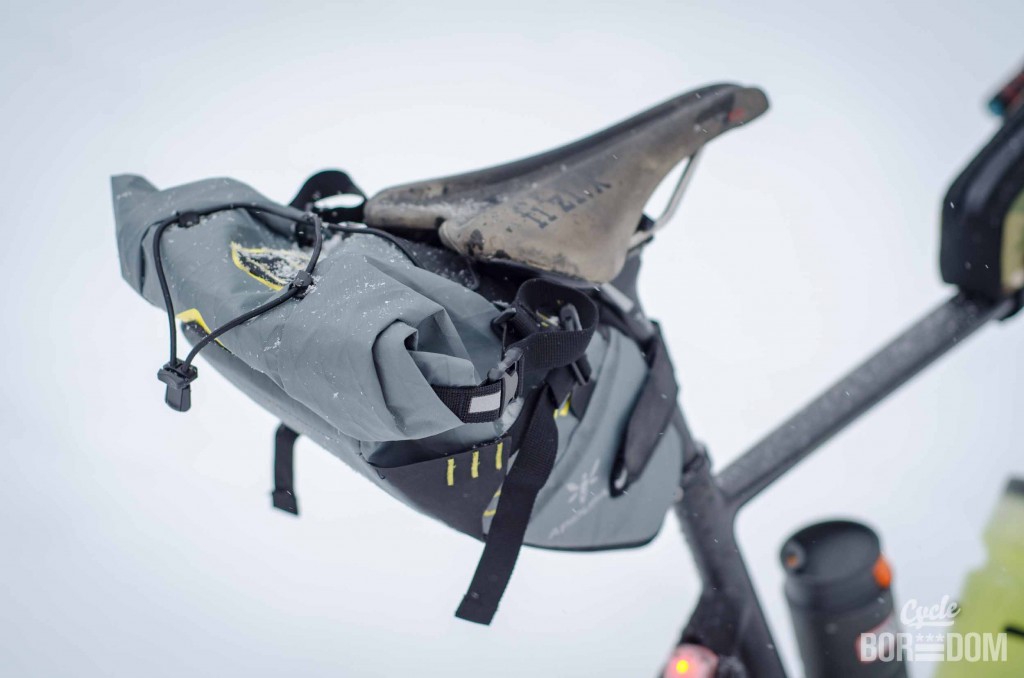 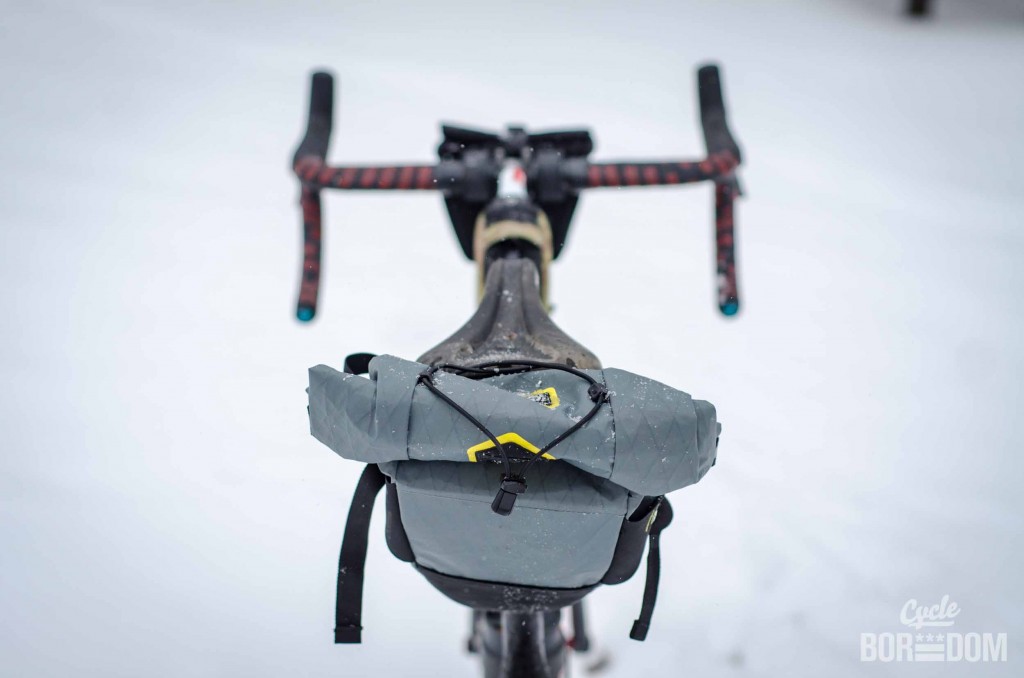 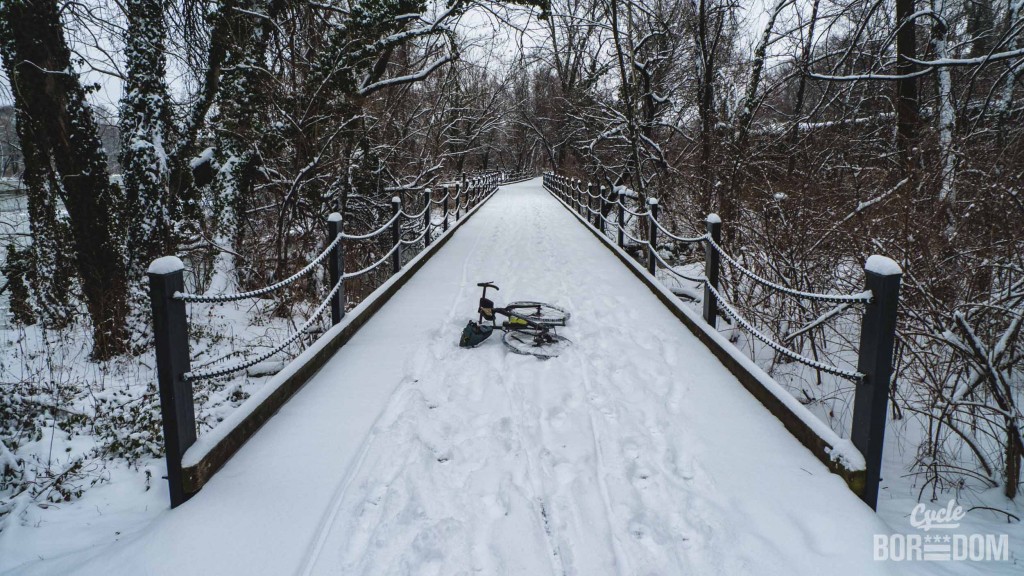 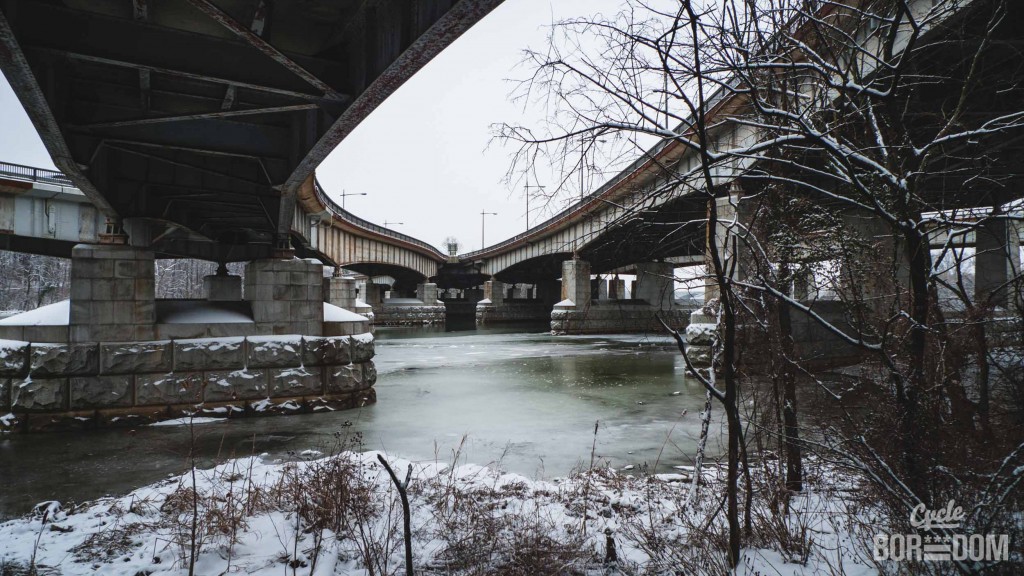 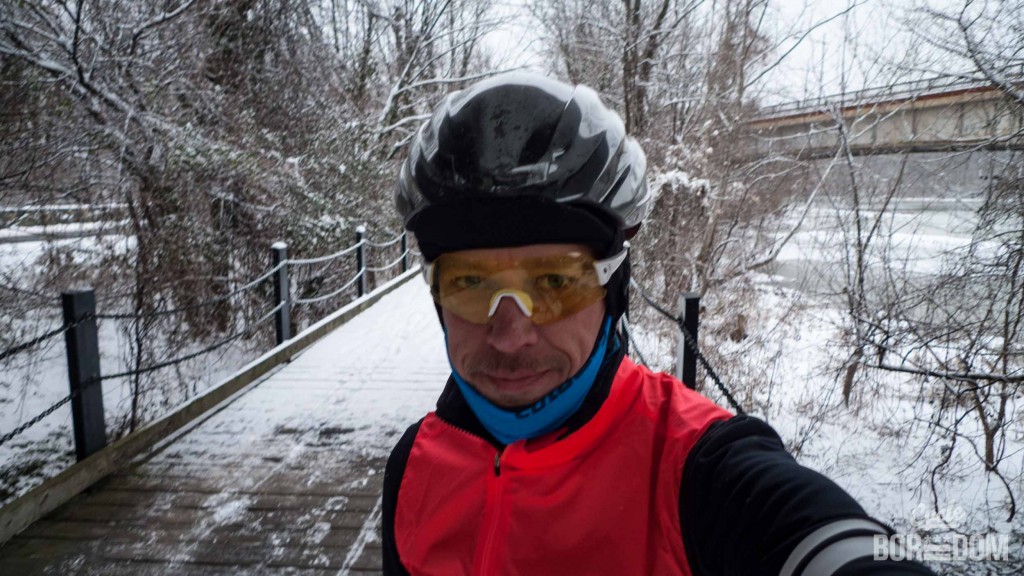 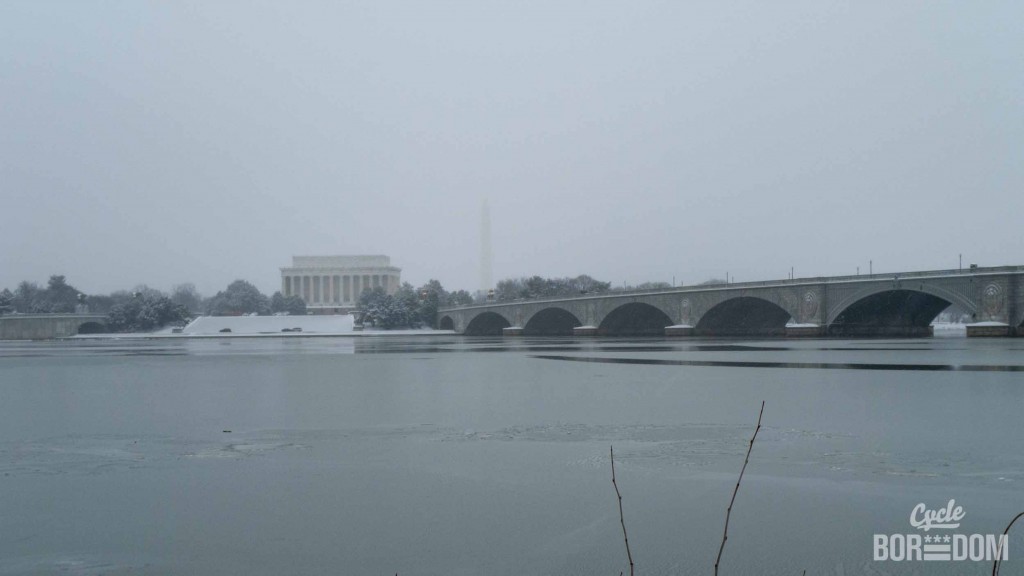 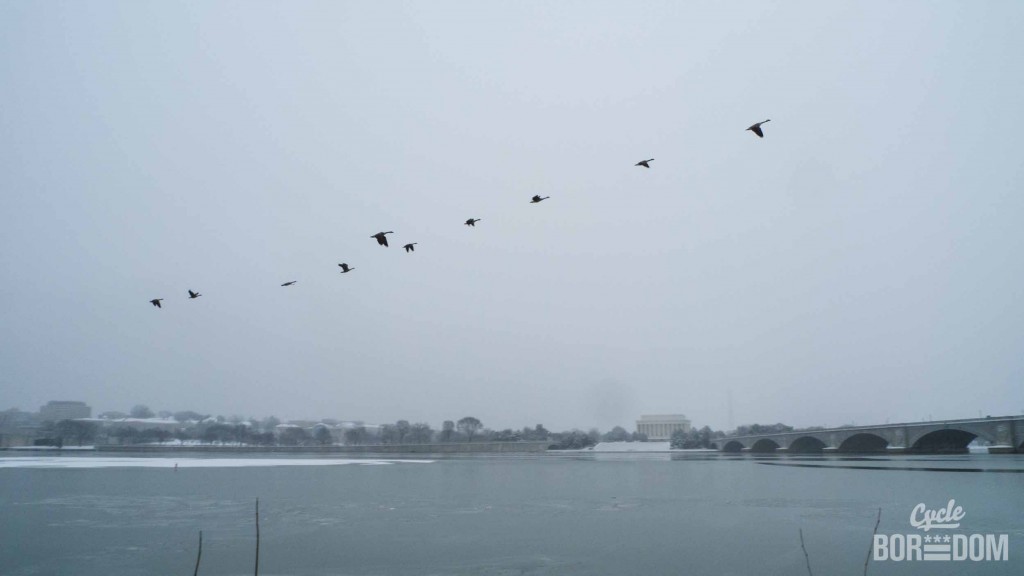 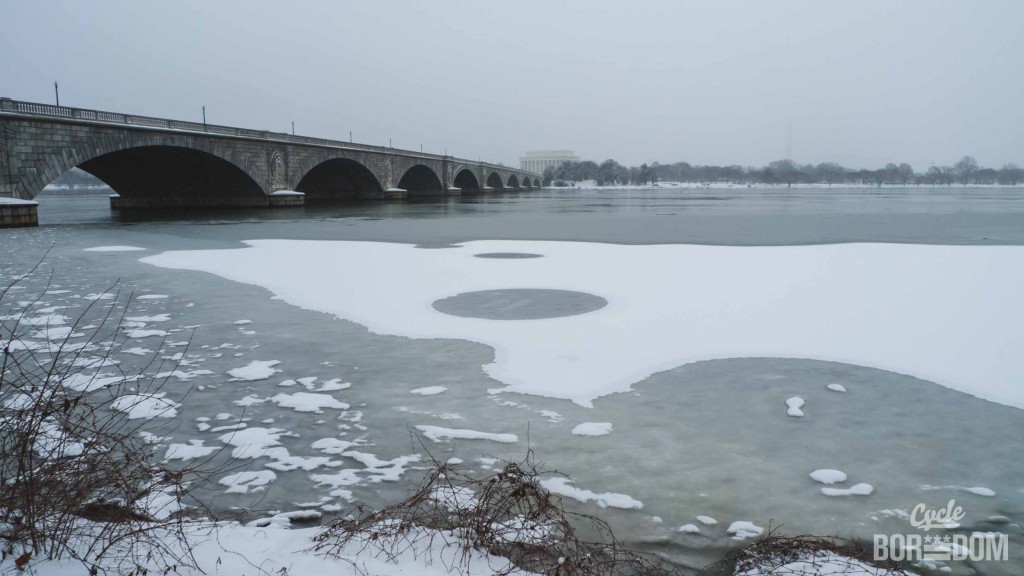 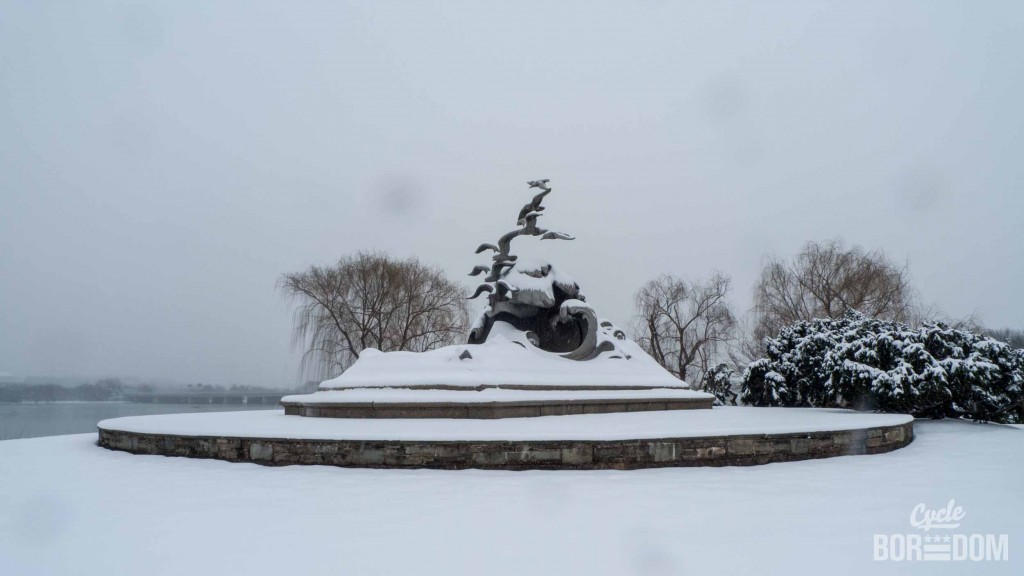 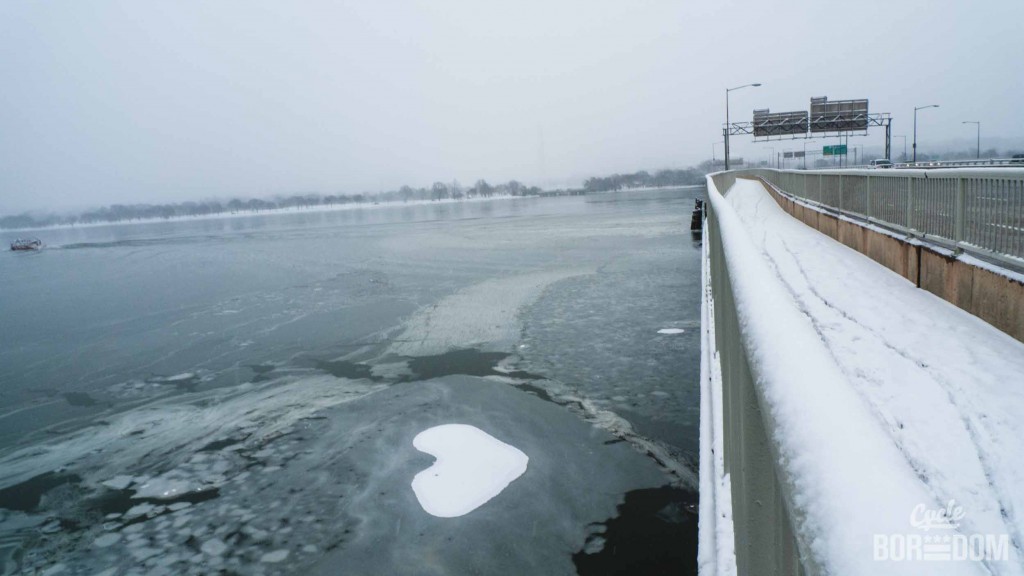 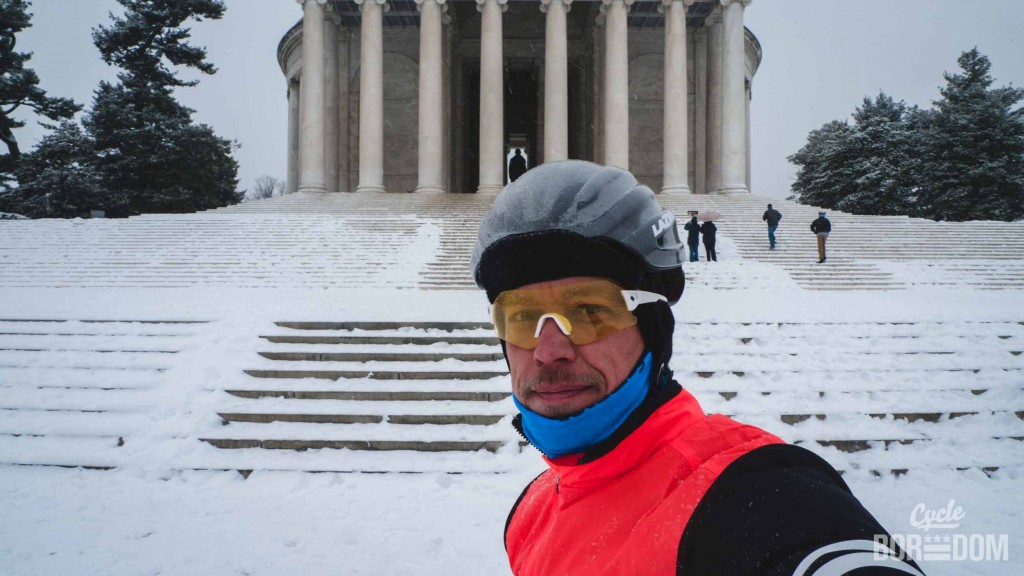 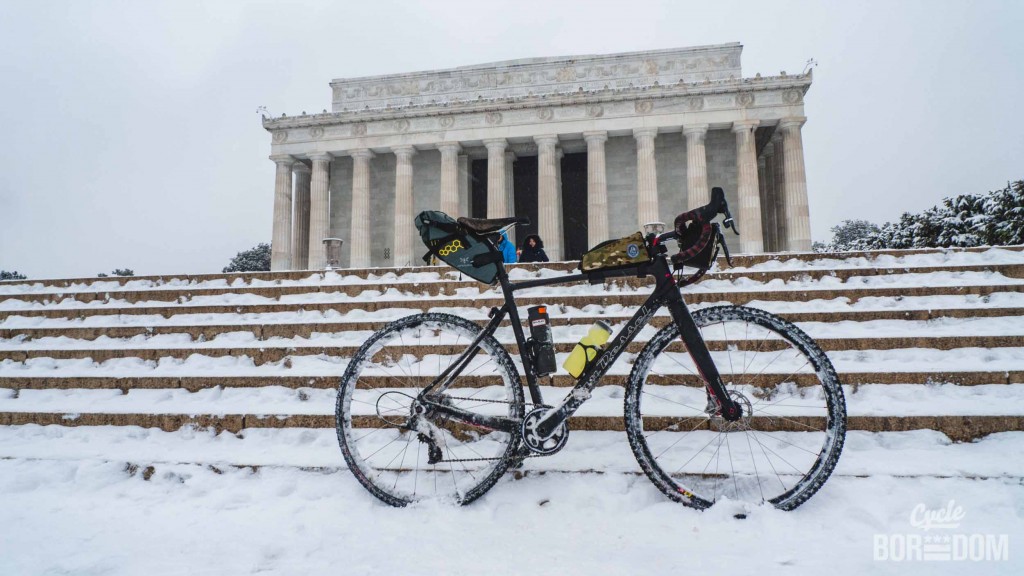 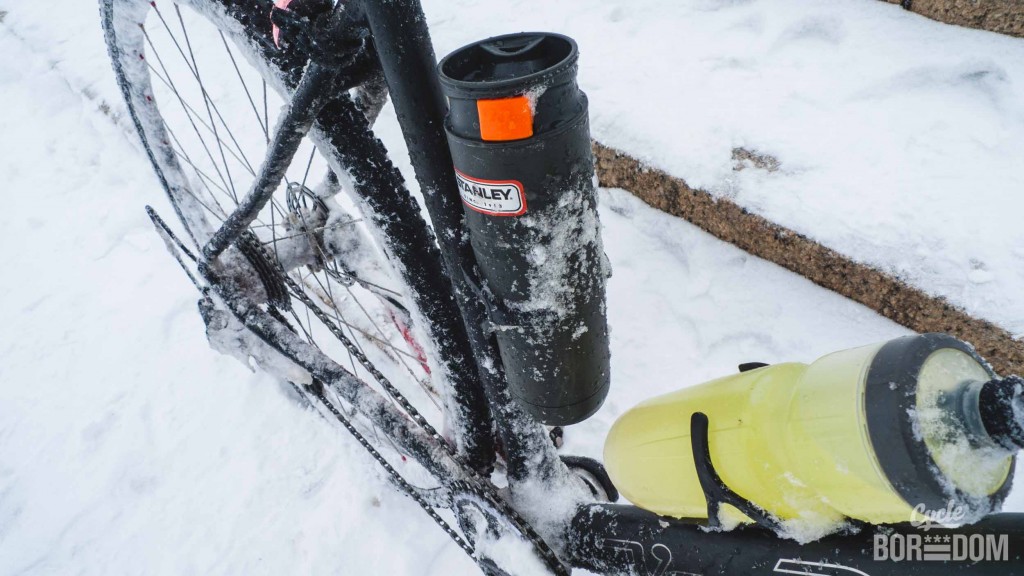 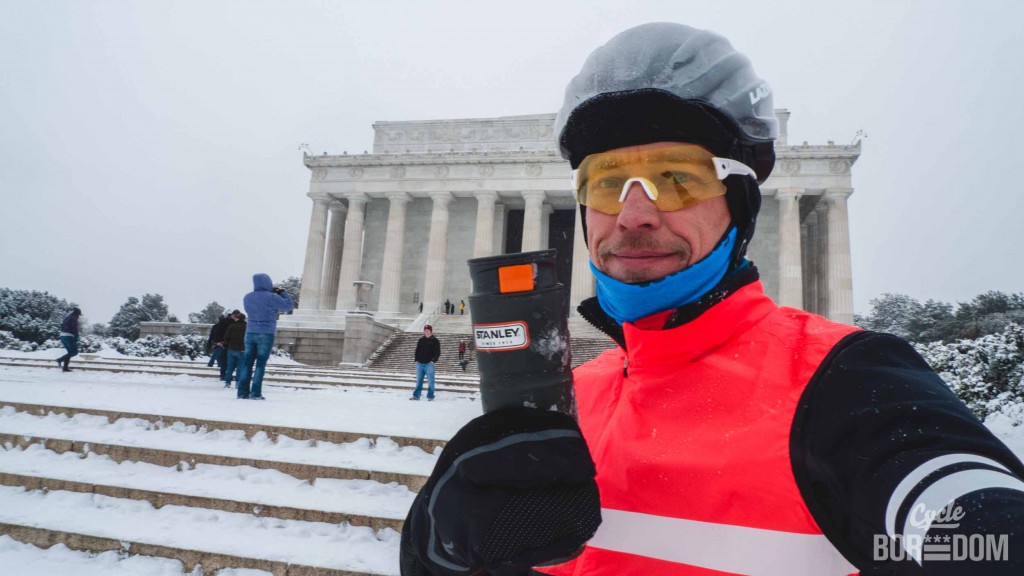 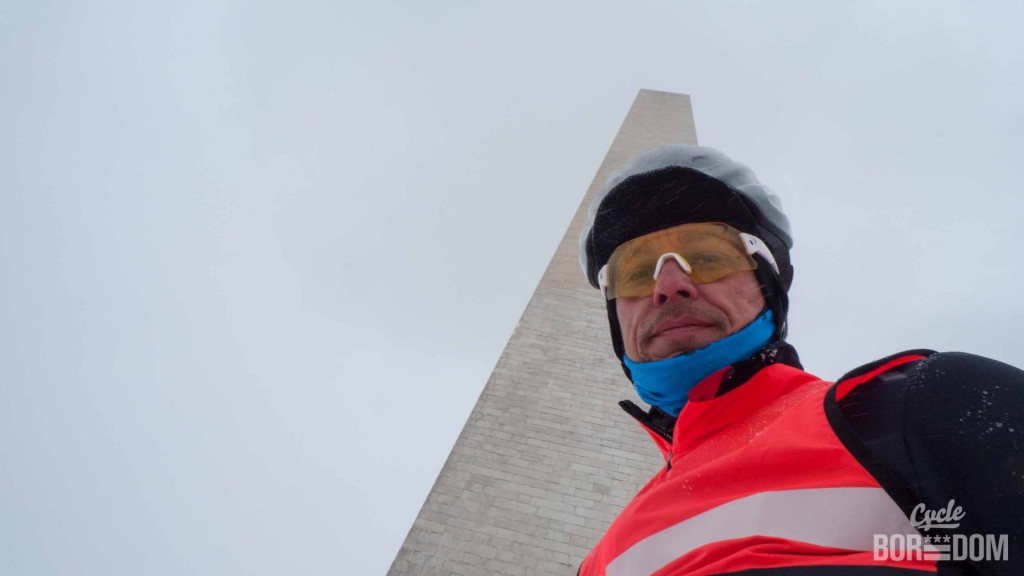 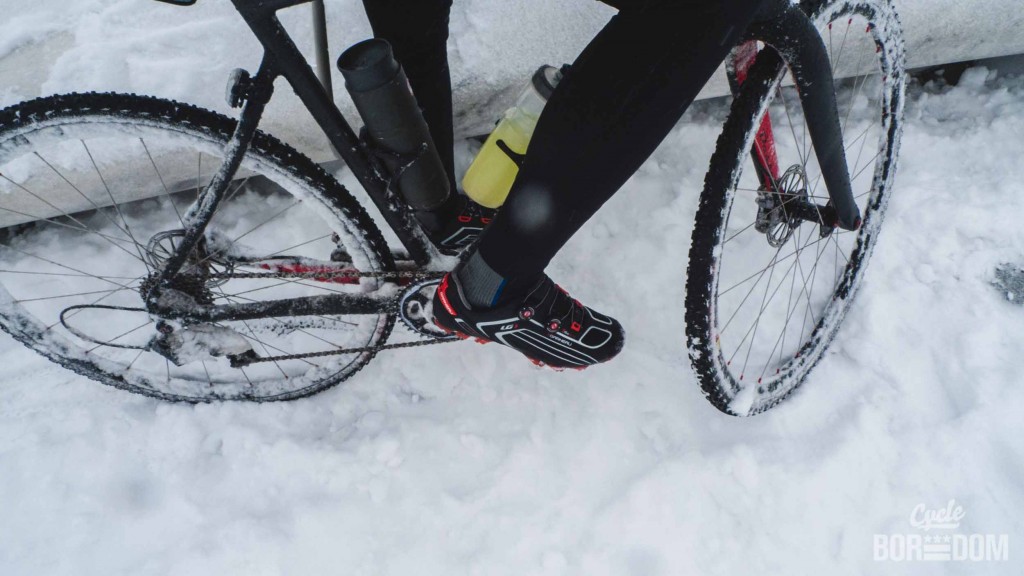